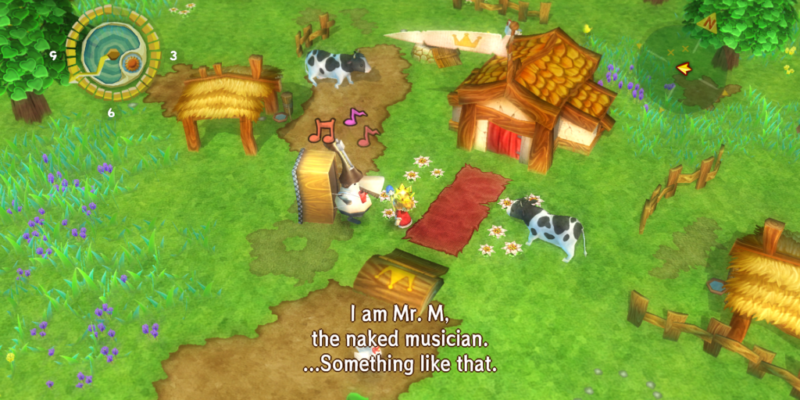 Little King’s Story was ported over to the PC (from a 2009 Wii title) and released at the end of last week, in a mixed state. As is (sadly) often the case for more obscure titles originating in Japan, there was no mouse support and the keyboard set-up was almost as weird as the game itself. There were also issues with performance (even at 30fps) and an unreliable 60fps mode; albeit one marked as such.

The game is a bizarre and charming title that, theoretically, is a pretty great fit for the PC, but according to publishers XSEED “proved difficult” to port. That link will take you to the XSEED forums where XSEED’s Wyrdwad/Tom provides an update and some insight into the PC version of Little King’s Story. He states clearly that he’s not fully “in the loop” with this particular title, in part because it was developed off-site by a third-party team, but does his best to clear up what’s happening with the port.

“This game proved difficult to port, as I understand it, and definitely ‘fought back’ a lot during development” he writes, “The dev team wound up pushing out a pretty polished product, all things considered, but … it seems it’s only polished under the right conditions. Despite testing on a wide variety of systems, we clearly missed certain configurations along the way.”

Tom says every piece of bug feedback is being passed to the development team, and encourages people with problems to “send a detailed bug report to us at [email protected] for review (including system specs, OS version, and all that other good stuff)”.

“We want you guys to experience as few problems as possible with our PC titles, and it really bothers us that reports are coming in of people having difficulty with this one,” he adds. Little King’s Story’s stability, frame-rate issues and control problems (“as best as possible”) are all on the list for polishing up.

Don’t expect mouse support though. On a previous page, Tom says “We thought mouse support was going to happen, early on. But as the porting process continued, the programmers who ported the game for us said that it wasn’t feasible; the game simply wasn’t created with mouse-style movement in mind, and the way it’s coded, adding it in would require almost a wholesale recoding of the game’s core mechanics.” Very unfortunate to hear (because the game would play pretty well with a mouse), but I guess that’s how it goes.

It sounds like the 60fps mode will have to remain unreliable too. Tom again: “The original game ran at 30 fps, and a lot of the gameplay was tied to this – the way it was programmed, it assumed there would be 30 frame updates per second, and everything was timed around that. The programmers we worked with for the PC port recommended against adding a 60 fps option at all, as they could find no way to add it without speeding up the game’s enemies in the process. We asked them to add the 60 fps mode anyway, however, and simply include a note that selecting this option is not recommended – we figured some PC gamers would prefer to play in 60 fps no matter what.”

FIFA 17 – Everything you need to know