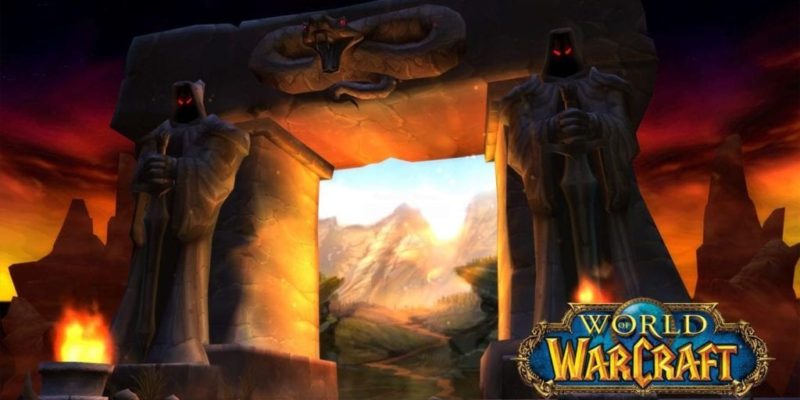 The biggest MMORPG in the world is now playable. You have waited patiently for months, looking forward to questing and killing helpless rabbits with friends. Finally, the time has arrived. You enter your account name and password before slamming down hard on that big, red “Login” button. But instead of rabbits, you’re greeted with a wave of disappointment. “Realm is Full…Estimated Time: 267 min.” No, it’s not 2004. The servers for World of Warcraft Classic are live, but many players are stuck in line — likely for hours.

World of Warcraft Classic brings the authentic WoW experience back from 2004, including the queue times. The servers went online only a couple hours ago, but many have reported to be stuck in traffic, waiting for their chance to join. The hashtag #WoWClassic is near the top of Twitter trends at the moment, and within are thousands of players watching the WoW login screen burn into their monitors.

One Twitter user, Sebastion Park, sums it up nicely. “The true #WoWClassic experience as I remember it,” he wrote. In the image he shared, his position in line was 19,297. His wait time: 267 minutes.

Park’s experience with trying to log in is not the standard, however. Some players are reportedly only waiting 20 minutes to an hour. Of course, waiting for an hour to play a game is a bit much, but hell, it could be a lot worse. Another Twitter user posted an image showing a wait time of 549 minutes. That’s more than nine hours for you non-math folk out there.

Blizzard did predict a massive amount of people trying to log on. Earlier this month, the company announced that it was opening more servers to tackle the influx of players.

World of Warcraft Classic‘s popularity likely doesn’t come off as much of a surprise. Still, one can’t help but to recall the infamous line from Blizzard president J. Allen Brack years ago. “You think you do but you don’t,” Brack said in response to a player’ interest in returning to vanilla WoW. Apparently, a lot of people really did want to go back to basics. Of course, we don’t know how long player interest will last. After all, World of Warcraft has seen a lot of changes and revisions over the years. Nostalgia is a hell of a drug.

Contest: Be (un)cooperative, win a PC copy of Vicious Circle