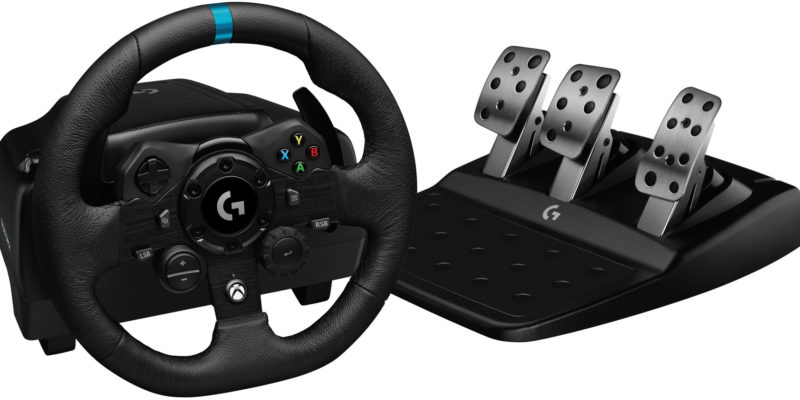 As the next generation of console gaming approaches, so do new peripherals for players. Speaking of which, Logitech G has just released its Logitech G923 Trueforce Sim Racing Wheel and Pedals for the PC, Xbox and PlayStation. The new unit will also have full support for the upcoming Xbox Series X and PlayStation 5.

The G923, which is the successor to the current-generation G923 and G29 wheels, has been completely re-engineered according to Logitech. It supports next-generation feedback systems within games, using a propriety system known as Trueforce. Logitech claims the G923 will deliver high-definition force feedback that “connects directly to in-game simulation engines and physics to produce higher fidelity, real-time responses.”

While the main advertising of the new wheel is on the upcoming consoles from Microsoft and Sony, PC gamers aren’t left out when it comes to getting full utilization of the G923. Logitech’s latest comes ready to use right out of the box for PC no matter which version you get — Xbox One or PS4.

The wheel itself will work on Windows 7, 8, 8.1 and 10 machines. Additionally, it requires a USB 2.0 port and just 150 MB of available hard disk space. With the Logitech G Hub software, users will be able to fully customize the wheel in terms of sensitivity, button layout, operating range of the wheel, and more. There is even the option to create multiple profiles, so each game has the perfect setup for you. 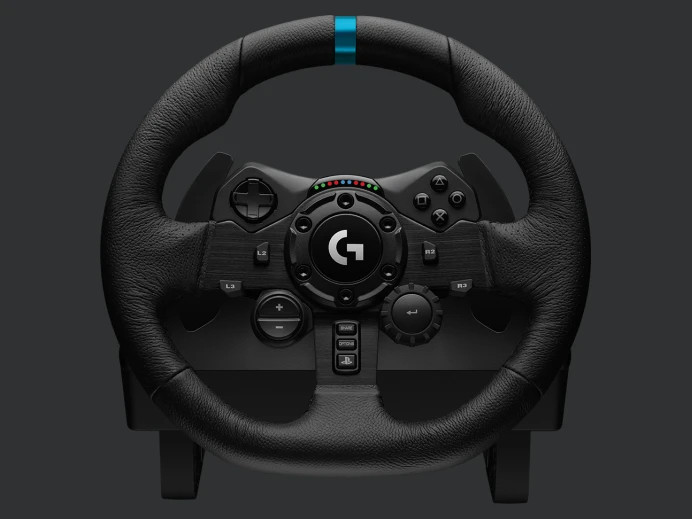 When it comes to the specifications of the wheel and pedals, Logitech G has brought over quite a bit from its prior iterations. The list of features include the 900° rotation, hall-effect steering sensor, an overheat safeguard, a nonlinear brake pedal, and textured heel grips. Where the C923 series differs, in addition to the Trueforce feedback, is that both versions of the wheel have an on-wheel RPM indicator as well as more buttons for control. With both versions of the new wheel having the same number of controls and visual aids, it eliminates a problem many felt with the current offerings: which one to buy if you happened to own all systems.

While the Trueforce feedback system isn’t fully integrated across the board just yet, those who want to get a feel for it on PC can do so in GRID (2019) and Asseto Corsa Competitzione. Games that do support the feature will allow you to either tweak it to your liking, or turn it off completely if you don’t happen to like it.

Also, for those who currently utilize Logitech G’s current racing wheels, you’ll be happy to know that the G923 will work with the company’s Driving Force Shifter that’s sold separately.