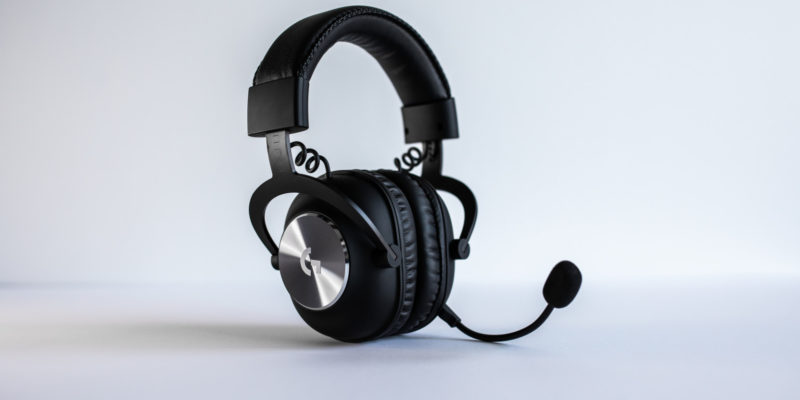 For years, Logitech has used its gaming division to provide players with the best peripherals money can buy. Where the company has seemingly worked the hardest to provide the best quality has always been with headsets, and that’s no different with the latest Logitech G Pro X Wireless gaming headset.

Based on the Pro X gaming headset, the $199 Pro X Wireless brings the company’s Lightspeed wireless technology to the mix while improving on what the original Pro X had to offer. The result is a well-built gaming headset with quality that is on par with nearly any other device on the market.

This product was provided by Logitech for the purpose of this review. All prices listed are in USD.

Logitech G Pro X Wireless out of the box

The first thing you notice when opening up the Logitech G Pro X Wireless headset is just how well built it feels. Though a decent headset in its own right, the first Logitech G Pro headset didn’t feel all that durable, whereas the G Pro X feels like a headset that can withstand long-term use.

Simply putting it on gives you the feeling of a $400 headset for half of that price. It’s comfortable and doesn’t leave you feeling sweaty or heavy on the ears during longer sessions thanks to the lightweight, yet snug, leatherette ear pads. Should you not like that feeling, the velour-covered ear pads with memory foam provide a different sense of comfort.

With that said, it is a bit on the heavier side, coming in at just over 11 ounces. However, it doesn’t feel too heavy on your head due to the distribution of the weight. 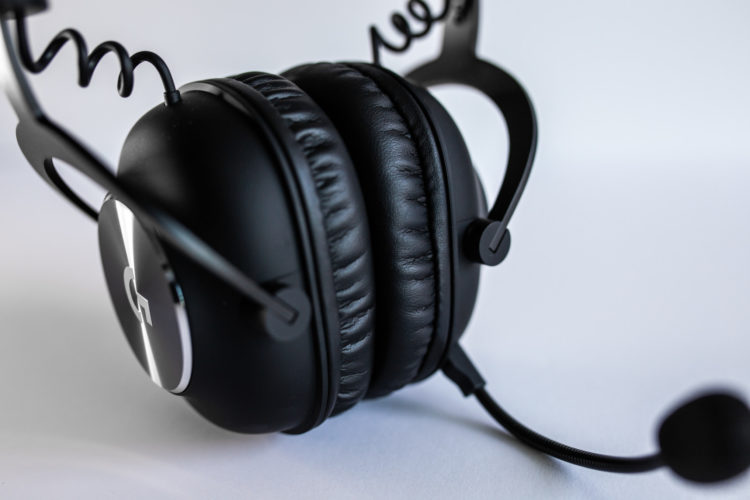 The metal extensions of the ear pieces are strong and sturdy, and provide reliable support for whatever length you need. There’s really not much else you can say about the build quality of the Logitech G Pro X Wireless. It feels like a headset that should cost more than what it does, and that’s always a positive. The only gripe about the design of the headset is the lack of a 90-degree swivel to allow for a comfortable seat around the neck.

Controls on the device include the typical on/off switch, a mute button, and a volume control knob. Charging the headset is done via an included 1.8m USB Type-C cable, and the 2.4GHz Lightspeed dongle allows for a wireless range of up to 42 feet, more on that later. The headset comes paired out of the box, making setup a breeze. The lack of Bluetooth connectivity is a downer for those who may want an all-in-one headset solution to use not just at a computer.

With the Logitech G Pro X Wireless headset, you get a detachable microphone powered by the popular Blue Voice software. While it’s a quality mic that works for in-game voice chat and talking with friends on Discord, it didn’t feel… err, sound like something that you would use to do voice recordings or even live streaming with.

Utilizing the Blue Voice software gives you features such as a de-esser, de-popper, noise gate and more. That said, no matter how much you tinker and adjust the settings, you still sound like you are on a headset microphone rather than a high-quality standalone mic. In fact, it sounds better when not even using any of the Blue Voice settings than trying to mess with them.

There’s still potential to really see the acquisition of Blue Microphones benefit Logitech’s gaming headset lineup, but right now it just isn’t hitting the right frequencies. If you were looking for a headset mic that could replace your desk mic, the Logitech G Pro X Wireless may not be exactly what you need. All in all, the microphone is the low-point of the headset. 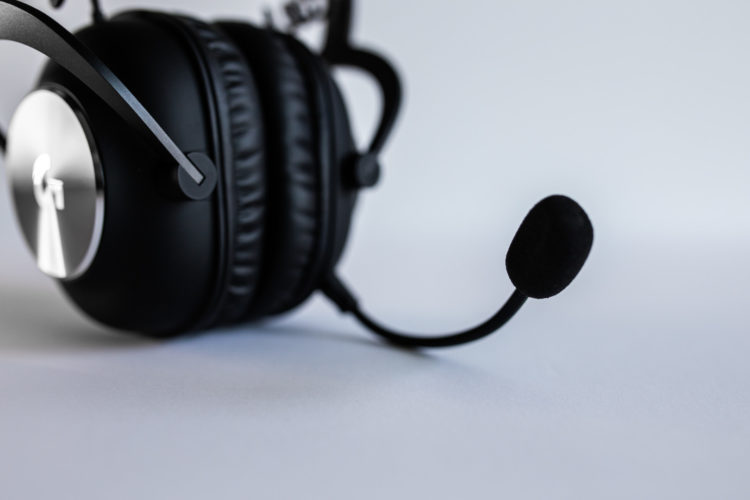 Aside from the impressive build quality of the headset, the sound which the Logitech G Pro X Wireless offers is one of the best ever released by the company. The object-based surround sound makes locating various in-game sounds easier and more clear. It’s hard not to be impressed at how well you can catch an enemy trying to sneak up in a game like Escape From Tarkov, or even the feeling of a bullet zooming by your head in Call of Duty: Warzone. Even just listening to the weather in a game can be rewarding with how authentic something as simple as rain sounds through the headset.

Even when just listening to music, the Logitech G Pro X Wireless sounds like a top-level headset. With the amount of adjustments you can make in the Logitech G Hub software, this headset can provide you with an enjoyable listening experience no matter what you want to hear.

As far as the range goes, Logitech advertises up to 42 feet. While it didn’t quite get that far for me due to various interference, I was still able to hear clear audio on the next floor within my two-story home — about 25 feet away from my PC — with no issues whatsoever.

When it comes to an immersive gaming experience, sound can mean just as much as, if not more than, the visuals of what you’re playing. If the game looks great but you struggle to clearly hear various elements in a game — locations of shots fired, enemy footsteps, or even music — the experience will be hindered.

That’s where the Logitech G Pro X Wireless really shines. Its audio is arguably the best a mainline Logitech G headset has ever had, making it a no-brainer for the sound quality alone. Unfortunately, a disappointing mic offering stops it from being the best gaming headset on the market despite its potential.

It's durable build and impressive audio make the Logitech G Pro X Wireless a good headset for the $199 price, but the lackluster microphone brings it down from being a must-own piece of hardware

Maid of Sker review — Death in the slow lane