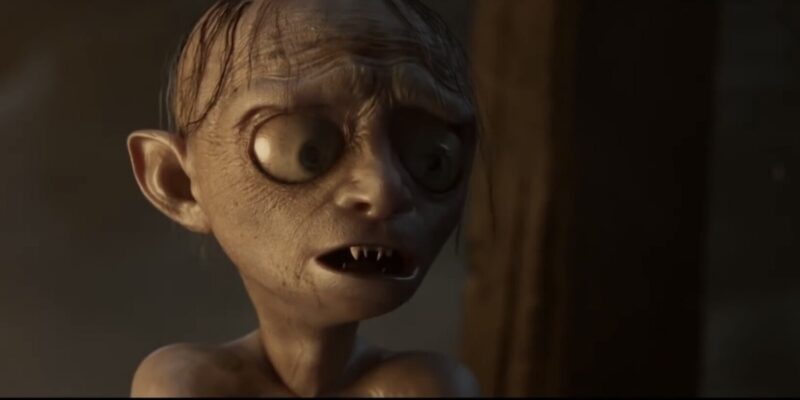 The Game Awards 2021 were packed to the brim of new game announcements and exciting details of some upcoming games. Fans were treated to an extended glimpse of Suicide Squad: Kill the Justice League gameplay, a new game made by the creators of Silent Hill, and much more. One of the highly anticipated titles that took center stage is The Lord of the Rings: Gollum, which debuted a brand new trailer. Although the footage is only approximately one minute long, a lot can be learned about how Gollum’s character plays into choice-making.

The new trailer focused on Gollum’s split personalities. It indicates that the two competing personas are going to be a continuing problem throughout the game. Perhaps, they could have an effect on how the story plays out. The trailer gives an example of when these two Gollums collide. He tries to decide on whether to hide away or pour lava over the enemies. He goes with the more exciting choice.

Apart from the split personality, The Lord of the Rings: Gollum trailer shows off a little more. We can see the ominous environments and the dangers that you may face in the Middle-earth. Also, it appears that you can expect to encounter a lot of monsters along the way.

Get ready to embark on a new journey

Gollum is one of the most beloved and fascinating characters in the movie franchise. Already, the trailer shows that developer Daedalic is going to give an interesting insight into the character. The official release date for The Lord of the Rings: Gollum is still unknown, as it wasn’t revealed at The Game Awards. Originally, the game was planned to be released this year, before it was delayed. As it is now expected to launch in 2022, hopefully fans wanting to get their hands on the game will not have to wait much longer for an official date.

Persona 4 Arena Ultimax is heading to Steam later next year

Warhammer: 40,000 Space Marine 2 has been announced with a trailer