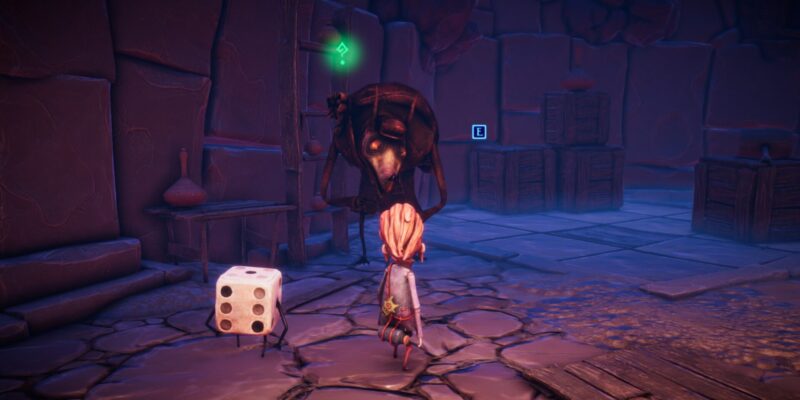 One of the sidequests in Lost in Random requires you to do a bit of a barter chain as part of a word sidequest. It’s called “A Reward to Die For,” and you can get it from the lady to the left of the three door in Two-town’s main square. Before you can complete this quest, however, you need to have completed another quest. Little Joe needed saving from several angry robots, so make sure and rescue him. You’ll find him up the stairs after going through a walkway next to the multi-hatted man in the area right before the square. He’ll have mentioned a mysterious item called a Grubblegegger that you’ll need to acquire somehow. But we’ll come to that in a bit.

The lady in question is looking for a die for her collection. Not like yours, mind you, but a something smaller. In order to get it, you’ll have to set up a barter chain. You’ve possibly already met everyone involved in this chain, which is simpler than it might sound. I’ve included pictures of everyone involved at the bottom of this page. For starters, head back to Seller Street. There’s a trader who keeps talking about rare words there. You could have talked to him before, but he doesn’t let you trade anything if you haven’t started this quest. Once you talk to him, select the second dialogue option on the dropdown. You’ll be able to offer him a word used by the guy you met on the boat while leaving Onecroft. Once you do, he gives you a new word.

Once you have said word (and it actually shows up in your inventory, even) you need to go back to near Seller Street’s entrance. There’s another trader there you may have spoken to before. You could offer him a phrase you’d heard that he wasn’t interested in. Now we have a quest reason to talk to him, so go back and offer him the word you’ve just been traded, which he’ll gladly accept. He responds to this by giving you the aforementioned Grubblegegger. Yes, the man gives you a valuable item in exchange for telling him a word. He is clearly an idiot. 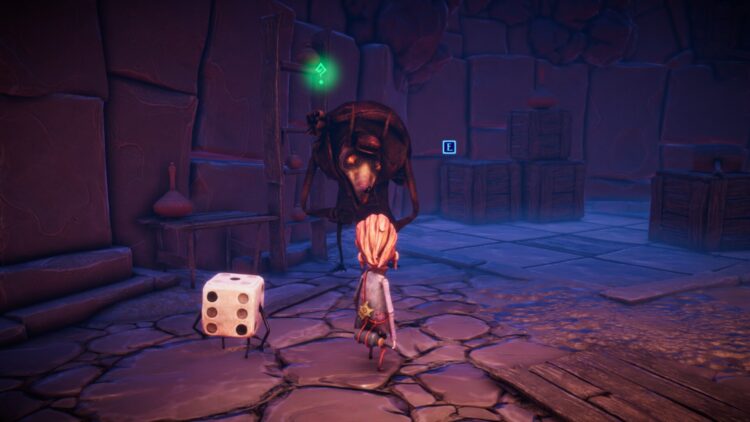 The Lost in Random word sidequest is quite silly, but who doesn’t like cards?

I mentioned Little Joe at the start of this, so it’s finally time to give him the Grubblegegger he’s after. Just walk on back to where you saved him from the robots, as he’s still there. Talk to him and give him the Grubblegegger. Once you do, he’ll give you a dead die from way back. That’s what the lady in the square is looking for. Simply return to the lady in question and you can give her the die. She’ll reward you and you’ll have completed the A Reward to Die For sidequest. Not exactly a huge deal, but you’ll be able to spruce up your deck a little, so that’s great.

There are more sidequests in this area, so make sure and check out our guide for the two-sided man’s Bloob quest if you want to get through that one quickly. This early part of the game is the roughest since you can only roll as high as a two, so every card helps. Random rules! 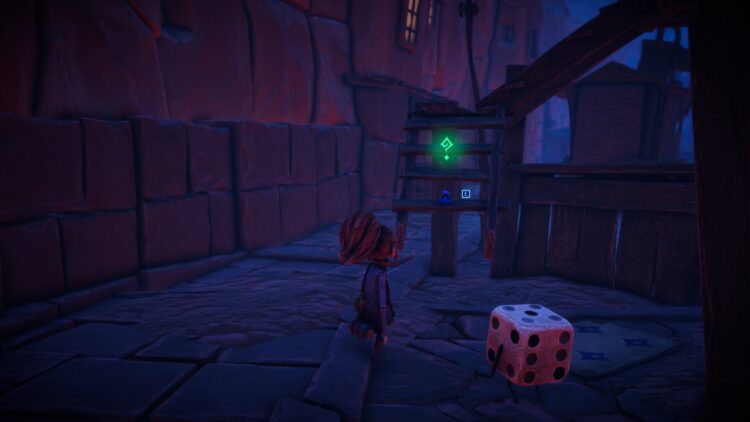 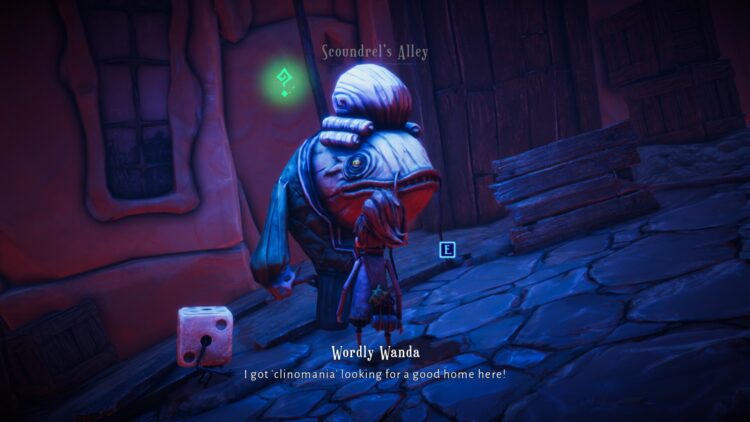 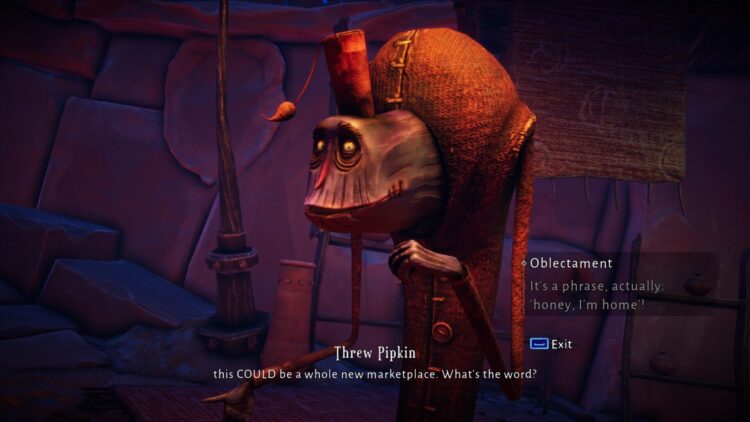 Lost in Random: Two Sides to Every Story sidequest — Where to find bloobs

Lost in Random — Quick tips to get you rolling