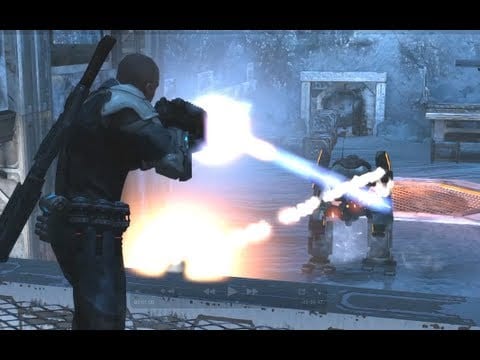 First up is the Scenario Mode where each team have to undertake offensive or defensive challenges while dealing with the unpredictable conditions of E.D.N. III. Players can compete in both third-person on-foot action and in first-person combat using Vital Suits.

The second mode to be revealed is Akrid Survival where two teams of three players compete independently of each other in a series of encounters against waves of hostile Akrid before the teams go head to head in a final PvP elimination round.

To accompany the new info we have stack of shots and a trailer for good measure. Lost Planet 3 hits the PC on 27 August.