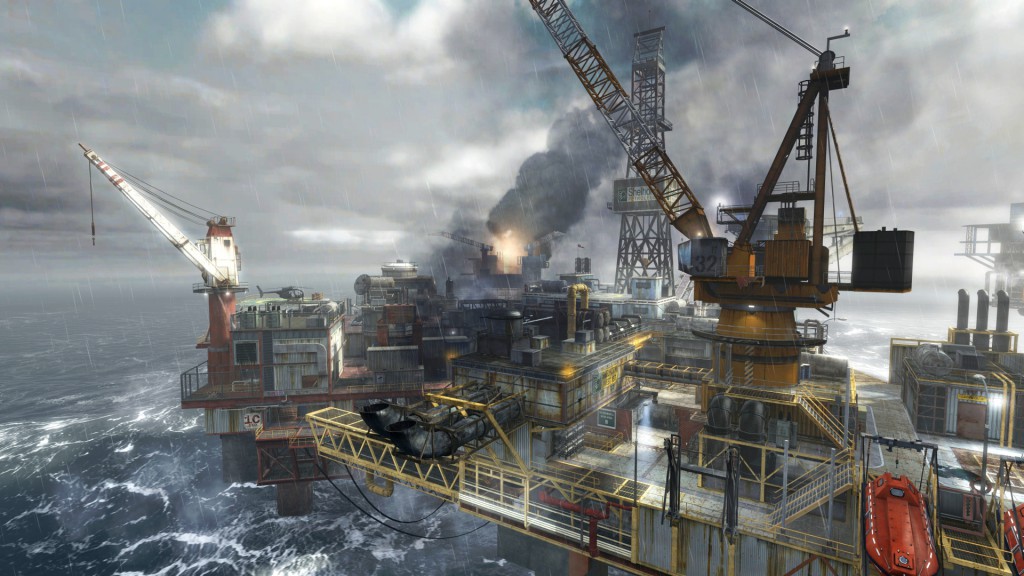 ‘Content drop’ may sound like a euphemism for a bathroom visit, but that won’t stop videogame press releases using the term at every possible moment. It’s all over news of Call of Duty: Modern Warfare 3‘s ‘Elite Premium’ releases for the month of July, because between 17-19 of that month there’s a fair amount of stuff heading the way of Xbox 360 and PS3 members.

The Elite Premium types on Xbox 360 will get three multiplayer maps and a special ops mission on 17 July. Two of those maps are ‘Decommission’ and ‘Offshore’, based around nautical themes. The special ops jaunt is called ‘Vertigo’ and involves taking pot shots at helicopters from the roof of an Oasis hotel.

That third multiplayer map is the classic ‘Terminal’ from Modern Warfare 2. You can actually get this one even if you’re not an ‘Elite Premium’ member, because it’ll be available for free on Xbox 360 from 18 July.

Meanwhile, PS3 Eliteys can look forward to three ‘Face Off’ maps (Vortex, U-Turn and Intersection) and a special ops level called ‘Arctic Recon’ in which you’ll be trying to destroy a Russian warship.