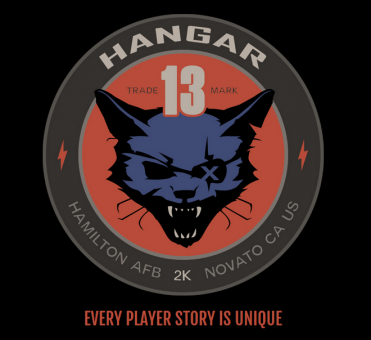 2K Games have announced the formation of a new studio – Hangar 13 – under the watchful eye of former LucasArts/Star Wars chap Haden Blackman.

Hangar 13 are currently working on “an unannounced next-generation title”, which presumably means it’ll be for the Xbox Two and PlayStation 5. Unless people are continuing to misuse the phrase “next-generation”, anyway. As it has yet to be announced there’s no word on whether or not this title will be coming to PC, but most 2K console titles wind up with us, so unless it’s a specific exclusive then I’d say it’s a pretty safe bet.

Studio head Haden Blackman started off as a writer at LucasArts and eventually wound up as the franchise director and senior executive producer for the Star Wars videogame franchise, which may or may not be a good thing. Going by MobyGames, he was project lead on The Force Unleashed and Star Wars: Galaxies, and executive producer/writer on The Force Unleashed 2, which… hm. On the plus side, he was also Special Thanks on Knights of the Old Republic, Knights of the Old Republic 2, and Star Wars: Battlefront. He then co-founded Fearless Studios, which appears to be a developer that made social games.

You may also know him for his writing chops. Blackman won an award for his writing on The Force Unleashed (and writing is one area in which that game didn’t fall flat) and another award for his writing on the Batwoman comic, and he’s currently writing Elektra for Marvel. Going by the man’s blog, “In December 2012, [he] joined a Top 5 video game developer/publisher, building and directing a team working on an undisclosed AAA project.” Is that this studio? Possibly!

So what about Hangar 13? According to Blackman, “At Hangar 13, our mantra is ‘every player is unique.’ Our ambition is to create next-generation games that allow players to shape their own experiences, from the moment-to-moment gameplay, to the long-term impact on the world, characters, and narrative.

Sounds pretty good, although I’ve heard that sort of thing before. Whether or not the resulting game will live up to those lofty aspirations is something we’re unlikely to know for quite some time.

The short version, then, is: “2K have announced a new studio and they’re making a game of some sort.” But if I write a story that short, Paul shouts at me.

Dead or Alive 5 Announced for Steam