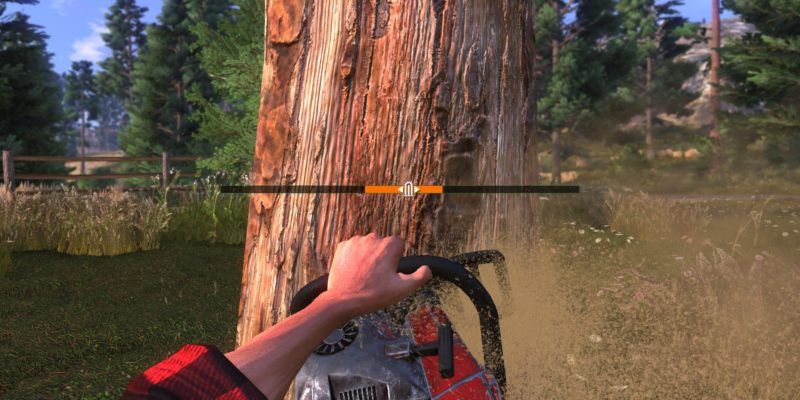 I have to admit it. I’m really into janky “simulator” games. Any game where you focus on completing mundane tasks in large, 3D worlds made with tiny budgets speaks to me. Lumberjack’s Dynasty is a new game that’s part of a series of games with “Dynasty” in the title. But this time the offering is surprisingly ambitious.

Most games of this sort just open with a bit of text before dropping you into the world. Lumberjack’s Dynasty, on the other hand, insists on having a full-on setup with voice-acted characters. The game begins with the main character, a burly guy with a beard and a hat and a flannel shirt, narrating his bus trip. Ready to leave the big city behind, he’s on his way to go help out at his aunt and uncle’s lumber mill.

As you’d expect, the voice acting, dialogue, and animations are all laughable. The game is meant to take place in Europe, but most of the characters have American accents and their delivery is all over the place. The voice acting is completely flat and amateurish and there’s a surprising amount of talking. To make matters worse, the animations are laughably bad. Character models gesticulate wildly in loops while speaking with asynchronous mouth movements. 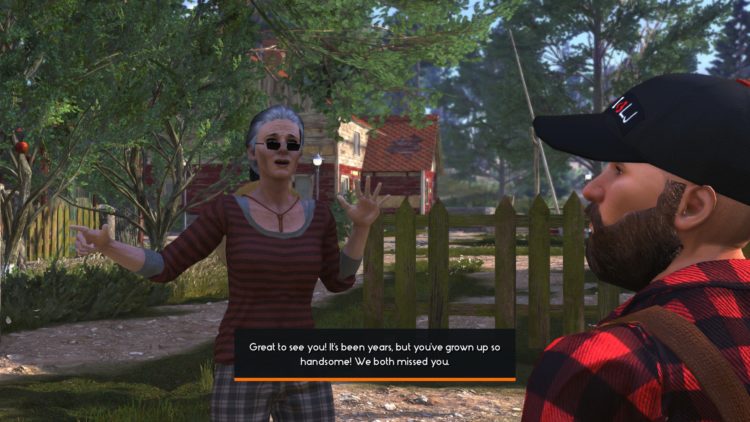 For many, this might be an immediate deal-breaker; for me, it’s like Christmas. Does a game like Lumberjack’s Dynasty need anything like this? Absolutely not. Do I adore a janky story presentation? The Room is one of my favorite movies — you get thee peekchurr, ah-hah-hah.

Can’t see the forest for the trees

Lumberjack’s Dynasty is pretty much a Harvest Moon type of game. You work away using tools and begin expanding on your little world. But this game has more options than I would have ever guessed. Yes, the primary focus is as you expect: you get quests from the townsfolk and you gain access to a lumber mill; you use your chainsaw to cut down trees, then cut the branches off, divide them into thirds, and drop them in the river so they float to the mill.

Once they’re at the mill, you can carry them to the proper machines and slice them into planks, cut them into chunks, and dry pieces of wood. You can then sell all of this and use the money to buy more land which you can then exploit for its trees. You’ll also get quests to clear land for people, where a prompt shows up onscreen to tell you how many trees and bushes you need to cut down. 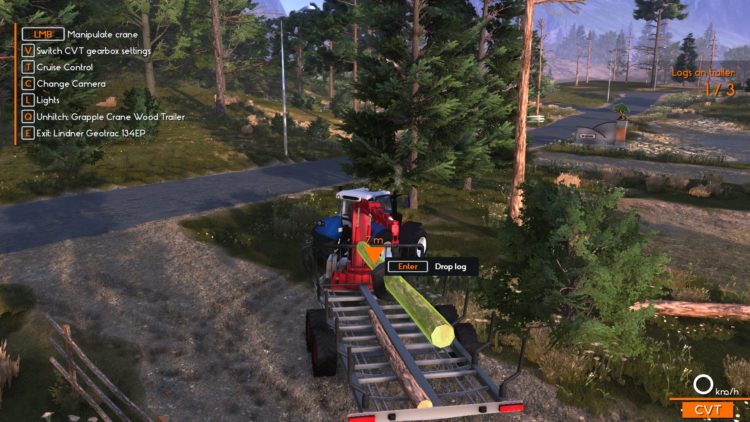 Most of this works well, too. You simply equip your chainsaw, click on a tree, and then keep your saw lined up with the icon while cutting and it’ll fall. Once you’ve cut a tree into logs, you can individually pick up the pieces with your character or use the included crane on a trailer to pick them up and load them. This is likely what most players will concern themselves with. But there’s so much more.

Get busy cuttin’ or get busy doing whatever you feel like

What’s that? You bought a game called Lumberjack’s Dynasty and decided you don’t want to be a lumberjack at all? Okay, that’s fine. You can also just spend the days fishing or farming. The game is made by the same people who released Farmer’s Dynasty just six months ago. I assumed they wouldn’t include farming in both, but, nope, it’s in both. You can get seeds and plant them in your greenhouse and then eat or sell the crops. And you can get livestock and raise them too because of course you can.

Your character also gets a nail gun that he can use to repair anything and everything around him, regardless of if he’s got any nails or wood. Being a lumberjack is truly magical. Repairs are often part of a quest, but they also increase the efficiency or usability of buildings. You can process wood faster if your buildings are in tip-top shape and your animals will be happier in a fully-fixed barn. In addition to bottomless wood and nails, your character also carries around infinite scaffolding with them, which they can put down all over the place in order to reach higher ground or become a scaffolding-themed supervillain. The choice is yours. 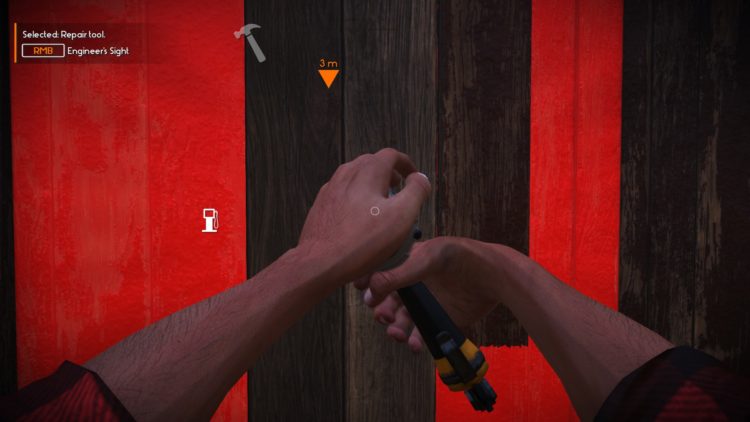 Of course, your character won’t be able to work as hard if you don’t keep an eye on your condition. You have sleep and food needs that must be tended to. Sleeping in a bed or resting near a fire will restore energy, and eating fills up the food meter. Lumberjack’s Dynasty also has a day/night cycle, which works well in conjunction with its large, open world. Wait, what?

Yes, Lumberjack’s Dynasty is also an open-world game. There’s driving, and you can obtain different kinds of vehicles that you can fast travel into by clicking them on your map. The driving is kind of weightless, but functional. However, it doesn’t take much to get stuck, and I’m not sure how to save a car once it does, other than reloading a save. You automatically obtain new quests as you drive through the map, and they mostly reward you with social points.

Oh, and in case you were wondering, all of the people have icons that tell you how they feel about you. Yes, there’s also romance to be had. The developer seems to have included everything it could think of, which is kind of wild. Much of it is obviously not the best quality, but there’s a little something for everyone here. Well, not everyone. If you want to slay demons or something, Lumberjack’s Dynasty doesn’t have portals to hell around — unless you count having conversations with the game’s arm-flinging characters. 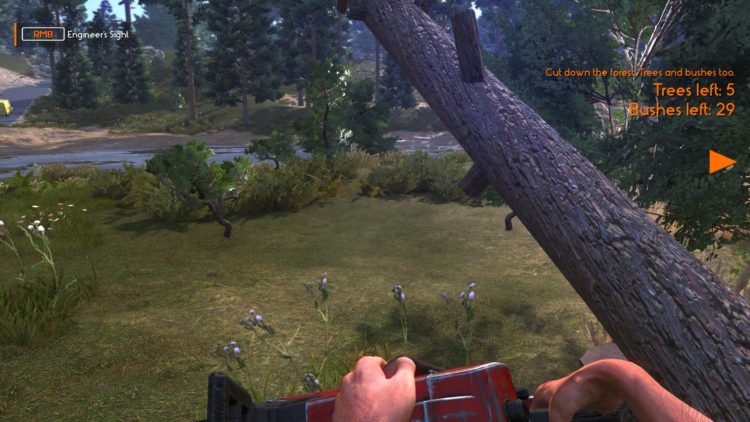 There’s certainly a lot of content currently available in Lumberjack’s Dynasty, so prospective buyers will still find a lot to sink their teeth into if they buy now. The optimization is currently not great, however. Be prepared to drop well below 60 FPS if you turn quality all the way up — unless you’ve got a powerful rig. If you’re looking for a 3D, open-world game in the style of Harvest Moon, there’s a lot to appreciate about this game. As long as you don’t mind some jank, at least.

World of Warcraft: Shadowlands: Everything we know from interviews