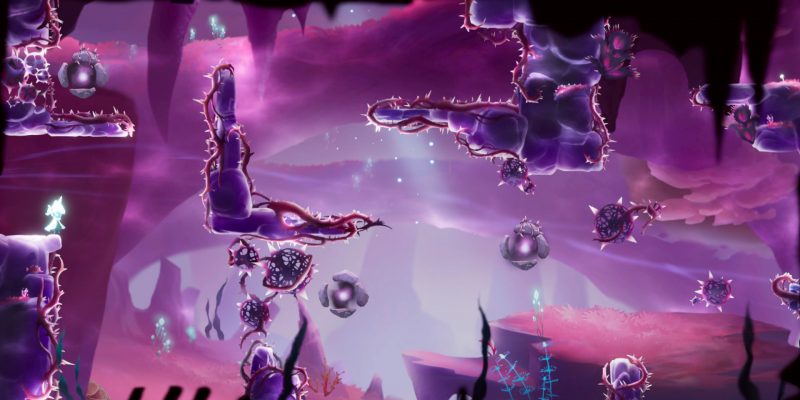 Puzzle platformers are often great fun. However, most of them don’t take place in the ocean. Here to rectify this is Lumione, a puzzle platformer that takes place underwater. To be honest, the game is visually reminiscent of Ori in a rather large way. The art style and use of color can’t help but make me think of that other game whenever I look upon it. There’s no release date yet for Lumione, but we’ll have more once developer Glimmer Studio and publisher Perfect World Games Singapore have something to share.

Lumione is a 2D platformer built with Unreal Engine 4. It’s apparently set in a “deep sea universe,” which I can only take to mean that the entire universe is aquatic? Perhaps it’s a translation error. This universe, or maybe just the sea itself, is under attack by forces of darkness. The player character is named Glimmer (which is the same name as the developer), who is a sea elf that wishes to clean the sea and rid it of its affliction. According to the game’s Steam page, Glimmer will need to pass trials of wisdom to rid the sea of the darkness. Hopefully he won’t need some kind of sword that causes him to travel through time.

The gameplay in Lumione is stated to be calming at times, and intense at others. Hundreds of levels are promised, which seems like a surprisingly high number, so we’ll see how accurate that is. Despite being underwater, many of the puzzles and levels require climbing and jumping for Glimmer to make his way. Do sea elves not swim? I don’t know. I’m not a sea elf expert. Still, the game seems intriguing, so we’ll be keeping an eye on this one. Take a look at the teaser trailer, which has some tidbits about the game’s story.

Subnautica: Below Zero guide — Where to find Marguerit Maida’s base