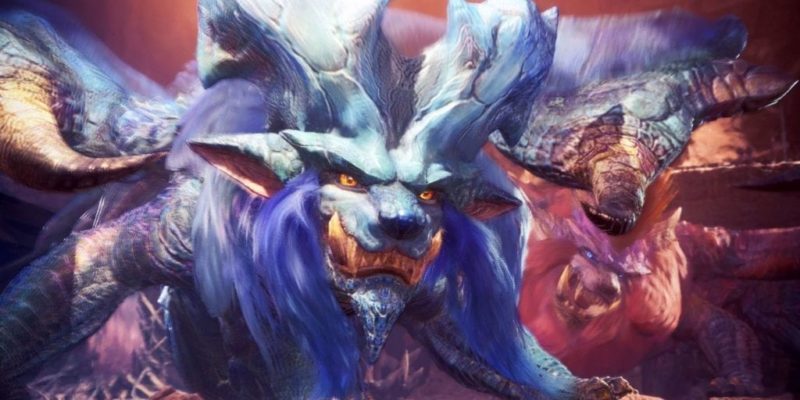 Finally, the aflame azure atrocity, Lunastra, is coming to the PC version of Monster Hunter World! After months of waiting, PC players are getting Lunastra on November 22. And unlike the Kulve Talvoth event, Lunastra isn’t time-limited. No, she’s here to stay. Unfortunately, she’ll also usually be close to her hubby Teostra, so it won’t be easy to take her down. Capcom has been a bit slow on the draw releasing the PC content like the Deviljho update, but I’m glad they’re keeping with it.

For people who haven’t invested the hundreds of hours that are required to understand Monster Hunter World (I’m not even kidding), let me give you the low down on Lunastra and Teostra. Lunastra is essentially a variant of another late-game Elder Dragon called Teostra. Both of these creatures are dragon-like in the sense they have four legs, two wings, and can spit fire. But otherwise, I’d compare them more to maybe a chimera than a simple dragon. 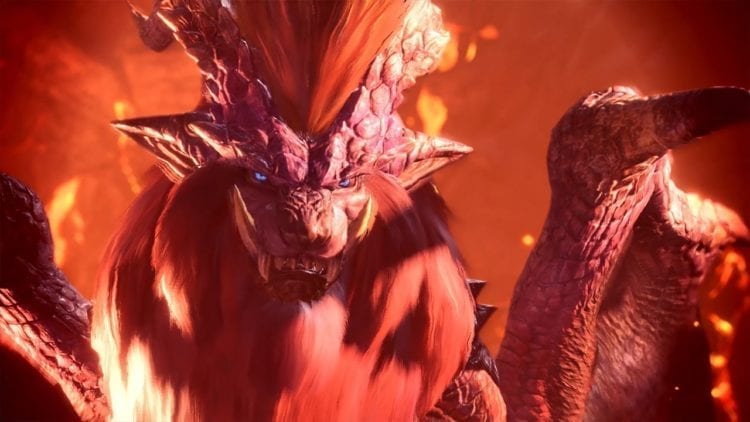 The Teostra is a burning red with a real stylish hair poof. It has demon-like horns, elf-esque ears, and the scales of a reptile. It’s a pretty perfect representation for the Monster Hunter formula of “take a bunch of creatures and fantasy elements then mix em all up”.

The Teostra is one of four Elder Dragons that make up the late and post-game content in World. There is Nergigante, Kushala Daora, Vaal Hazak, and then Teostra. And in that same order, they have their respective gimmicks of spikes, wind, pure rancid-ness, and fire. These are purely late game fights that require highly upgraded gear and a well-oiled machine of a team. Now, there are other Elder Dragons like Kirin or Kulve Tarroth, but this team of four is what players will most likely be grinding the most. 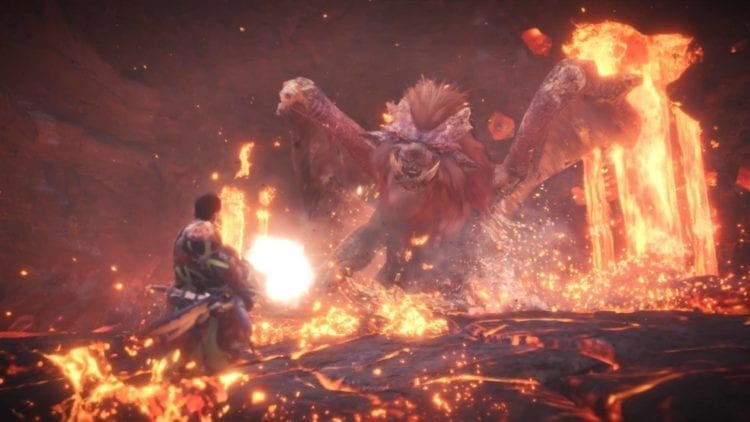 Teostra’s fight primarily consists of him charging at you, causing fiery explosions, and literally going supernova. He can catch himself on fire and do constant damage in an area around him with pure heat. His biggest attack is one where he flies up and literally explodes, one-shotting anyone nearby. It’s awe-inspiring and also infuriating. It’s the primary reason he is my favorite Elder Dragon design but least favorite fight.

Why Lunastra Isn’t Just A Recolor

Now, Lunastra is a variant of Teostra. They’re the power couple of Monster Hunter World, as Lunastra is female and also way more azure than crimson (obviously). They may look similar, but their fights are actually pretty different. Her flames don’t cause fire-blight as Teostra’s do, but they inflict constant damage around her unless you’ve chilled out with a cool drink. Plus, you can’t use anything with the fire attribute. It’ll explode as soon as it comes out, causing you to damage yourself. 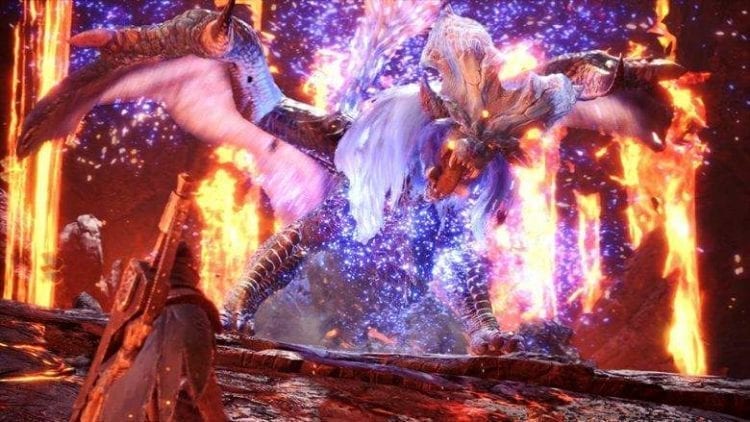 The biggest thing about Lunastra, though, is the infuriating move I was just talking about, the one that kills immediately. She does it twice. In a larger area. And to make matters even worse, if Teostra shows up while you’re fighting her – which he does quite often – they can actually do a combo attack where they explode three times in a massive area! It’s insane.

When Can I Fight Her?

So as exciting as this new addition is, make sure you’ve made it to the late-game before even attempting to challenge Lunastra. Also, get your best fire resistance gear together, as the fight gets pretty spicy. Lunastra parts make some really elegant new Hunter Armor and Palico Gear, and it’s well worth the grind. There are a bunch of other changes coming with this huge update, all of which you can read here. Most of them are purely visual or quality of life, but I’m just glad that Monster Hunter World is still getting all the dev support we were promised.

New players should make sure to read up on the monsters or watch some videos to get themselves ready. I’d personally recommend the big boys like Arekkz Gaming or Gajin Hunter. But for some hilarious videos as well, check out HIJEK’s “A Crap Guide To Monster Hunter World” video series. It’s a great intro to the tone of MHW as well as a genuinely fun outlook on why you should try out all the different weapon types.

Have fun out there, and may the Sapphire Star light your way!

Here’s When Your Country Can Play Fallout 76