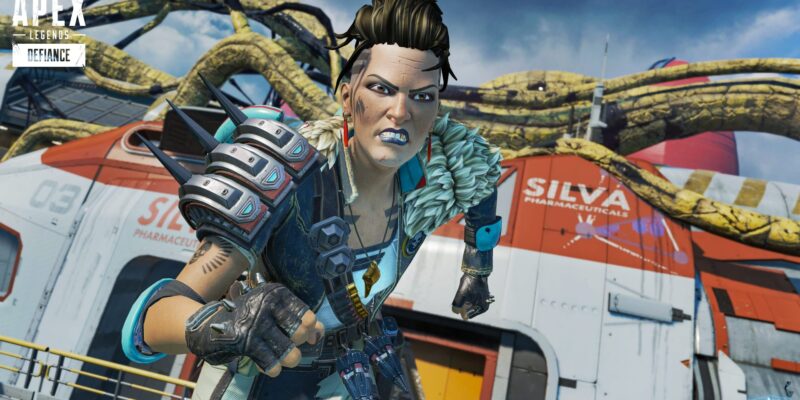 Respawn Entertainment gave us a brief look at her abilities in the Defiance Launch Trailer. However, seeing some of them work in a cinematic trailer didn’t give us any details about the abilities. Now, we have the specifics.

Maggie is definitely a character best suited for aggressive players. Her abilities allow her to hunt down enemies, rapidly close the distance, and breach buildings. Her Passive Ability, Warlord’s Ire, gives her two perks. Enemies that Maggie damages are temporarily highlighted, and she moves faster while carrying a shotgun. This sounds incredibly powerful to me. Maggie can easily track enemies, run faster than them to close the distance, and she benefits from using the ideal finisher weapon, the shotgun.

Mad Maggie’s Tactical Ability, Riot Drill, is a unique skill in Apex Legends. It fires a small drill into an object and then burns enemies on the other side of it. I wonder how thick an object needs to be before the drill can’t penetrate it? But, as you can see in the video, it does work on Gibraltar’s dome shield. That’s an amazing benefit.

To top it all off, Mad Maggie’s Ultimate Ability perfectly compliments her Passive and Tactical. It’s called Wrecking Ball, and as you launch it at your foes, it drops speed boost pads in its wake. So, you can close with enemies even faster. Plus, when it gets near an enemy, it explodes.