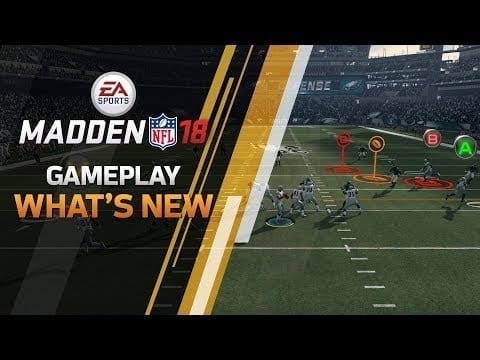 I’m still not sure how EA manages to make millions off of yearly-releases of sports titles, but then I remember that sports fans pay big money every year to go and watch the actual events.

Anyway, Madden is back again and it looks prettier than ever with more advanced animations. Not to mention that the gameplay mechanics have been tweaked for more realism and accuracy, supposedly. This is still EA that we’re talking about.  But whether or not you think the yearly Madden releases are just roster updates or genuine upgrades, doesn’t change the fact that they’re always pretty popular. A gameplay trailer has been released for the upcoming Madden NFL 18, which will be releasing in just a few weeks.