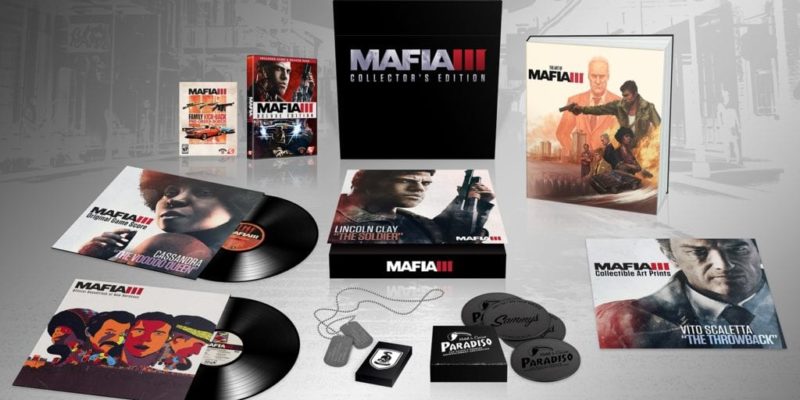 2K and developer Hangar 13 have revealed the contents of the Mafia 3 Collector’s Edition ahead of its 7 October release date.

Pre-orders of the game will also include the Family Kick-Back bonus, which includes three exclusive vehicles and weapons which will be available at launch. The CE will include the following items and cost $150 USD:

To tie-in with the Collectible Art Prints, players will be able to collect Playboy and Alberto Vargas content as they play the game which will include “authentic magazine covers and additional magazine content”.

Finally, Mafia 2 finally makes a return to Steam today with a discount of 80% off (Buy at the PC Invasion Store) and it’s worth picking up if you haven’t played it. The Mafia 2 protagonist Vito Scaletta makes an appearance in Mafia 3 as one on Lincoln Clay’s lieutenants and it’s worth delving into his background prior to the Mafia 3 launch. Mafia 2 is also rather good.

Hearts of Iron IV gets political in final dev video