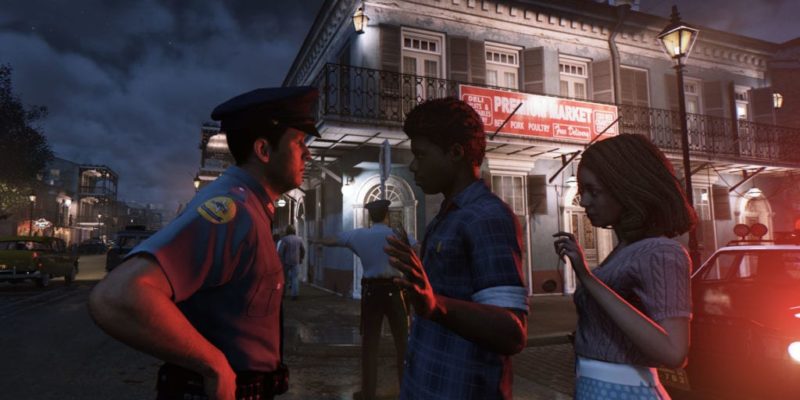 You’ve more than likely already watched the Mafia 3 trailer and have some idea as to what’s going on in the story. As we predicted last week this latest installment is set in the late 1960s; but let’s get the background story sorted out first. Although we had some idea of what to expect, things became a little more clear during the Gamesom presentation.

This time you will take on the role of a character called Lincoln Clay. Clay is a rather tragic figure who was brought up in an orphanage, then grew up and signed up for action during the Vietnam war. He’s a guy who was always looking for family which ultimately led him into the world of organised crime.

What’s different with this Mafia game is that the story focuses on events following the demise of the Black Mob in New Orleans, an organisation Lincoln got wrapped up in after his return from Vietnam in 1968. The Italian Mob has now taken control after wiping out the Black Mob and Lincoln wants both to get revenge for his mob “family”, and to ultimately take control of New Orleans by wiping out the Italians.

Hitting the streets for the first time during the demonstration, the developers have taken great care to make 60s New Orleans look authentic. They’ve succeeded: the environments are gorgeous. Following Lincoln down the street for the first time you can overhear music leaking from the many bars and the idle chit-chat of pedestrians. The world feels very much alive and not dissimilar to GTA V. 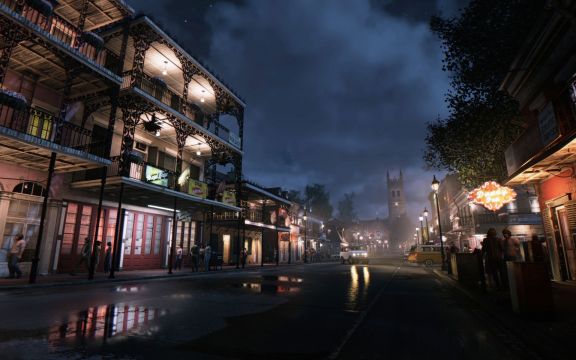 To demonstrate how the story unfolds, the demo had Lincoln on a mission to find one of the secret Italian drug dens located in the city – and there’s no better place to start than a cemetery frequented by users and dealers.

Entering the cemetery Lincoln spots a deal going down, and decides that interrogating the dealer is his best bet to find this secret drug den. Launching himself at the dealer (and subsequently smashing him rather violently into a wall) causes a gunfight to break out in the cemetery, which Lincoln needs to deal with in traditional third-person shooter fashion by taking cover and rolling around. Meanwhile, the dealer tries to escape in a car just outside the graveyard; as soon as Lincoln disposes of the gun-toting cemetery inhabitants he goes in pursuit of the dealer before he can make his getaway, 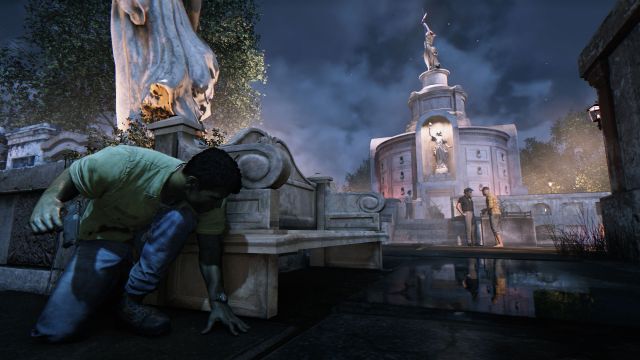 Pointing the gun at the dealer who is sitting in the driver’s seat of the getaway car, Lincoln forces him to move over and takes our drug-selling friend on a frantic ride around the city streets. Eventually the dealer imparts the secret drug den location, but not before the cops spot the speeding car and a chase ensues. This is where the driving fun starts, and here the developers were keen to point out they want to capture the feeling of the iconic film Bullet with the vehicle segments. It’s a mental and hair-raising ride – one that’s crazy enough to cause the dealer to spill the beans.

Eventually, Lincoln gives the cops the slip and drives into an alley. But in order to get the police off his tail for good, Lincoln heads to a phone box, makes a call to one of his contacts at the police station, and bribes them to call off the chase. This proves successful, and it’s not long before we hear the phone operator call off all units still in pursuit.

Phone boxes will be a fairly major feature, letting players carry out different actions, including calling on the services of one of your trusted lieutenants, as shown in the trailer. One of these just happens to be a (now older) Vito Scaletta – the protagonist of Mafia 2.

With the cops now off Lincoln’s tail, it was time for him to hit the drug den and put a dent in the Italian Mob’s control of New Orleans. Called the Cistern, this secret den is hidden beneath a public bar which acts as a front for the Italian Mob’s underground activity. In Mafia 3 there will be many of these secret dens to discover but it’s not going to be easy to infiltrate them all.

Although he knows where the den is, Lincoln still has to decide how to enter and take down the mob. Every one of these locations has more than one way to get inside and The Cistern can be accessed through the front door, down some guarded stairs, via an underground boat canal, or through a secret back entrance. As these buildings are also frequented by the public, going in guns blazing would cause major panic and bring a lot of unwanted attention to the location, so this time Lincoln opts to sneak in through the back.

Climbing down a ladder, Lincoln sneaks up on the first guard and takes him down silently with a knife to the throat – unsurprisingly, this game based around organised crime is rather violent, and it’s only going to get worse as Lincoln moves deeper inside The Cistern.

The secret passage leads into a massive underground room. In the middle there’s a performer singing and all around drug users are slumped on sofas. The room is lit by swirling psychedelic lights in what can only be described as very trippy experience. Ignoring the music and druggy ambiance, Lincoln moves through like a predator, and it’s not long before he finds the boss and ends him with a revolver. With guns now drawn and the den’s boss dead, it’s chaos all around with patrons screaming and running for the exit.

While Lincoln’s primary goal is now to get away unscathed, he’s no slouch in a gunfight. Picking up a shotgun he blasts one guy through the stomach, then picks up a plank and bludgeons another to death, before stabbing another in the throat. He’s not holding back, clearly; it’s all quite bloody, and feels more vicious than even the previous Mafia games.

Once he reaches the exit, it’s time for Lincoln to make his escape – but the Italian mob aren’t going to take this assault lying down, and reinforcements rapidly begin a pursuit as Lincoln tries to make a getaway. In Mafia 3 the enemy will come calling to take revenge. In this segment, Lincoln is being chased by multiple cars containing gun-toting, vengeance-mad mobsters all firing at him, but he manages to take out a couple which roll across the street then explode in huge fireballs. It’s impressive stuff, and all backed by some period-appropriate Rolling Stones blaring out of the car radio. 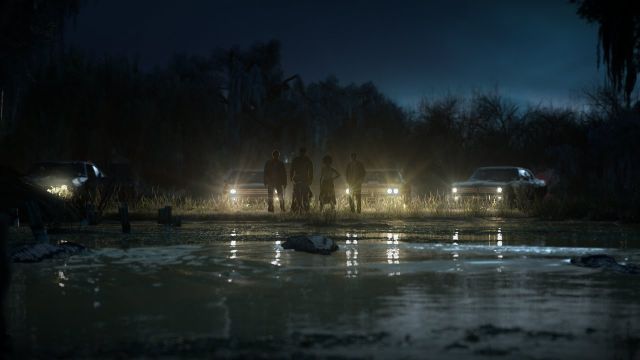 Alas, this pursuit doesn’t end well: Lincoln finds himself cornered and surround by the Italians and is ultimately shot. Our demo ended here, but it was one hell of an exhilarating experience.

What was so appealing about Mafia 2 was the 50s setting with the cars, fashion and locations. Mafia 3 is attempting to emulate that with another era, and it looks like it’s on the right track. The city of New Orleans looks vast from what we saw of the map, the music when driving around is full of late 60s classics, the environments are authentic looking, and the character and NPC dialogue is spot-on for the era.

It’s hard not to be impressed with what we saw. Keep a very close eye on this one.