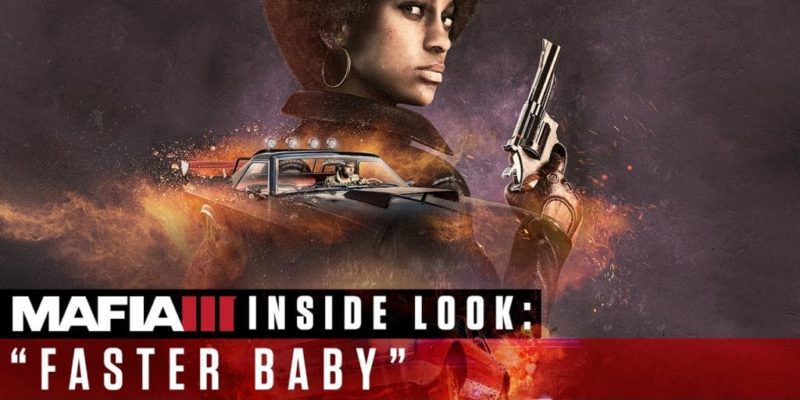 Hanger 13 have released an ‘Inside Look’ video, where they discuss (with themselves) the upcoming ‘Faster, Baby!’ DLC for Mafia 3. The presentation is framed like a roundtable interview, but, again, they’re just interviewing themselves.

If you can handle the misleading nature of the participants pretending Mafia 3 was an unqualified critical success (it wasn’t), then there is actually some new information in here. Faster, Baby! (presumably a reference to 1965’s Faster, Pussycat! Kill! Kill!) is going to be set in the small town of Sinclair Parish, a much more rural community than the city of New Bordeaux. Lincoln, and companion Roxy, will be going up against the Sheriff; ‘Slim’ Beaumont.

Faster, Baby will introduce the ability to toss explosives from cars in Mafia 3 (the DLC, and the rest of the main game), and proximity explosives (mines, basically). There will also be a pair of new outfits, and two new vehicles in the DLC. Expect lots of “Hollywood stunt driving” in those. It looks like Lincoln will be able to get seriously into weed farming with his friend MJ, too.

The DLC will be launching on 28 March. It’s mentioned in passing that the ‘Stones Unturned’ DLC is due in May, and ‘Sign of the Times’ is on the way in July. Here’s the video.

The Surge gets 14 minutes of gameplay and commentary