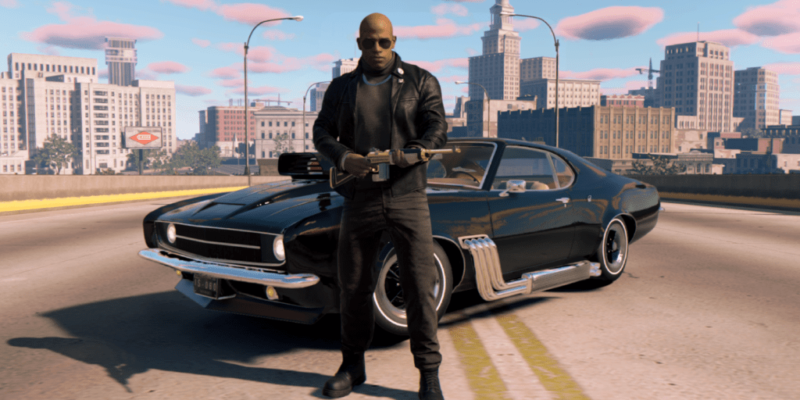 2K have used PAX to announce some freebie post-release support for Mafia 3, which will include additional customisation options and activities. They’ve also sketched out the three DLC story add-ons included in the game’s Season Pass.

No matter when you buy Mafia 3 (ahead of time, launch day, some time afterwards), you’ll get whatever free stuff has been added to date. New outfits for Lincoln Clay are confirmed to be coming, so you can find “a look that suits your tastes”. The example offered by the link above is Clay in some ‘Nam gear, and the image on this page depicts him in a leather jacket and smooth-shaven head combo.

The ‘Judge, Jury and Executioner’ weapons pack will be free for everybody 30 days after the game’s 7 October release date. At a more unspecified date, further vehicle customisation will be coming for the cars in Mafia 3. “New wheels, personalized license plates, and paint jobs” are promised there, along with ways to boost individual car performance.

With said vehicle customisation tuned the way you like it, you’ll be able to enter a series of post-release races around the city of New Bordeaux. Because every open world game with cars (or even horses) in it is mandated, by law, to include some kind of race mini-game.

That’s all the freebie stuff. In terms of the Season Pass story missions, ‘Faster, Baby!’ will put Lincoln and his ex (Roxy Laveau) up against a corrupt, racist Sheriff on the outskirts of town. ‘Sign of the Times’ will see you investigating a series of ritualistic killings in “the dark heart of the old bayou” and the local cemeteries (aka, the True Detective DLC). Finally, in ‘Stones Unturned’ Lincoln will pair up with CIA agent John Donovan to settle a blood feud from Clay’s past in Vietnam.

The paid expansions “will also offer exclusive vehicles, weapons, outfits and races based upon their themes.”