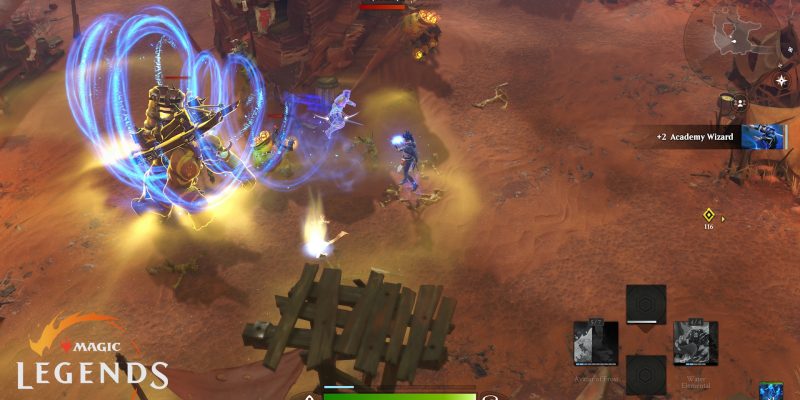 As we move closer to the Magic: Legends Open Beta, Cryptic Studios continues to reveal more features awaiting players in the Multiverse. Previously, the team discussed how deckbuilding works and why it completely overhauled the equipment and cosmetic system. Now, Cryptic has provided a look at how players will be able to scale the difficulty of Magic: Legends up and down with Enhancements.

Upping the difficulty level will increase the health and damage output of enemies. On top of that, Magic: Legends will augment your missions and the Multiverse with Regional and World Enchantments.

Enchantments will add modifiers that make gameplay more challenging. Additionally, these will force you to adapt your combat strategies. On the plus side, the harder the game mode, the better the rewards for you. You can check out Enchantments in action in the gameplay video below.

There are two types of Enchantments: Regional and World. Regional Enchantments will impact Magic: Legends gameplay from Hard difficulty and up. These will add a modifier to a region for a few weeks, which will modify combat in that area. For example, Burning will cause you to take damage over time if you get close to an enemy. Final Explosion, on the other hand, will force you to flee from an enemy after you kill them, because they will explode on death.

World Enchantments work slightly differently from the Regional counterparts. These alter story and ordeal missions. You will need to activate these with single-use items and the Prophetic Quill. World Enchantment items have three tiers. Each tier will increase enemy damage and the map difficulty. These will also apply modifiers, like Regional Enchantments, to make combat more complex. 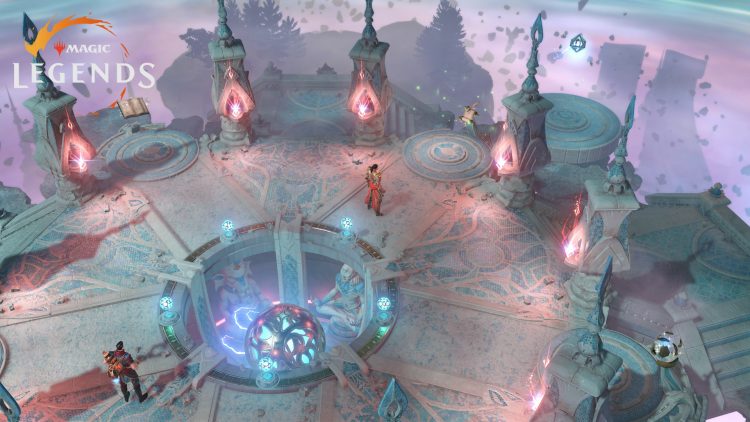 World Enchantments stack with Regional ones, so take care not to make your Planeswalker’s life too difficult. You can check out all of the Regional and World Enchantments that will be in rotation for the Magic: Legends Open Beta here.

As mentioned, and expected, increasing the difficulty of gameplay will earn you better rewards. Better drops will include Spell Pages, Relic Fragments, Equipment with more effective Mods, and greater quantities of XP.

The Magic: Legends Open Beta begins on March 23. You can head over to the game website to sign up.