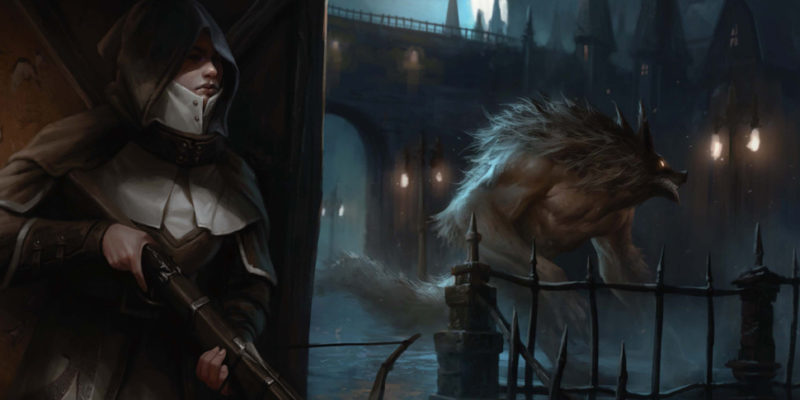 First, Zendikar Rising releases on September 17 for Magic: The Gathering Arena, and the physical cards will release the following week on September 25. Kicker and Landfall effects will be making a return, as well as a new “party” mechanic. These abilities work if you have creatures of a certain type on the field, namely Clerics, Rogues, Warriors, and Wizards.

Double-sided cards will also appear in this set. For example, some cards are spells on one side and a land on the other. This gives you options when you draw a double-sided card so it can be used to best suit your needs at the moment. I hope to see more effects like this in future sets. One can’t help but think that the Magic design team took a page from Wizard’s most recently canceled game, the Transformers Trading Card Game (rest in peace). 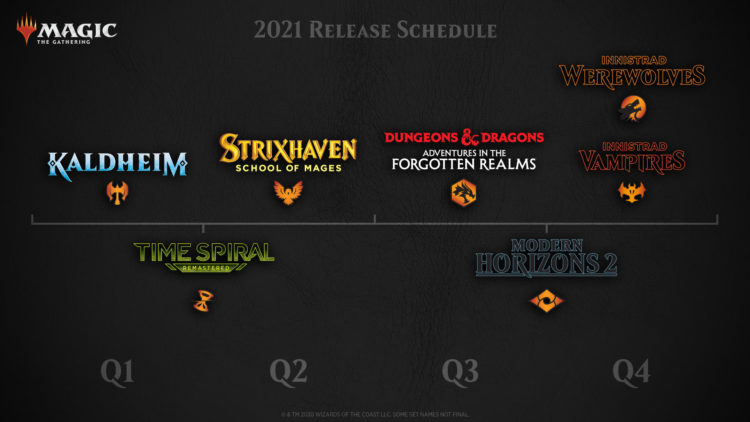 But 2021 is where some very fun sounding sets are planning to release. The aforementioned Magic: The Gathering 2021 roadmap starts off with a set called Kaldheim that consists of Viking-themed cards. After that, we are going to see another Remastered set in the vein of Amonkhet Remastered with Time Spiral Remastered. Next up is Strixhaven, described by Wizards as “the most elite university in the Multiverse.” So I am imagining the Magic: The Gathering equivalent of Hogwarts. All three of these releases are currently set for Spring 2021.

In Summer of 2021, we will see a set called Dungeons & Dragons: Adventures of the Forgotten Realms. Frankly, I am surprised it took Wizards this long to make a full-blown D&D set for Magic, but I am happy they finally are. After that will be the release of Modern Horizons 2. Not much information was given on that set, but Magic players around the world can probably already hear their wallets crying out in pain.

Lastly in Fall 2021, we will see a return to the world of one of my personal favorite sets, Innistrad, which will consist of two sets, Innistrad Werewolves and Innistrad Vampires. It will also be very interesting to see how Werewolves are handled in the game. We also got confirmation that more Secret Lair sets will drop (because they make too much money not to) including one that will be a collaboration with… (checks notes) The Walking Dead? Between this, Tekken, and Bridge Constructor, The Walking Dead sure has had some unusual crossovers. 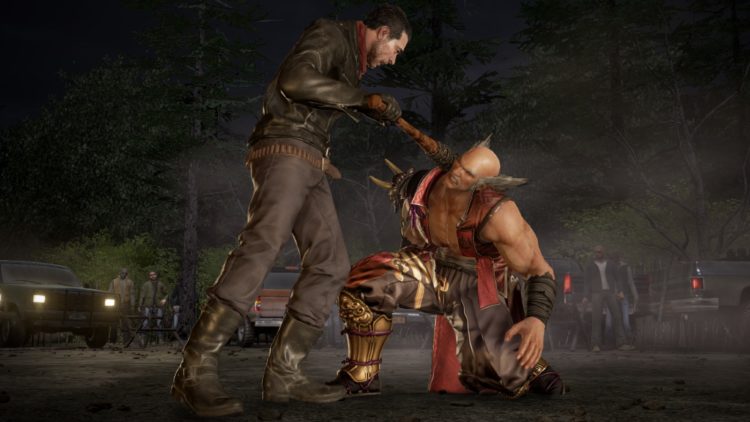 Last but not least, Magic: The Gathering Arena was once again confirmed to be coming to mobile devices, but no other information was given beyond that. Mobile is a great and logical step forward for the game. No matter what you’re into, it looks to be another exciting year coming up for the game.