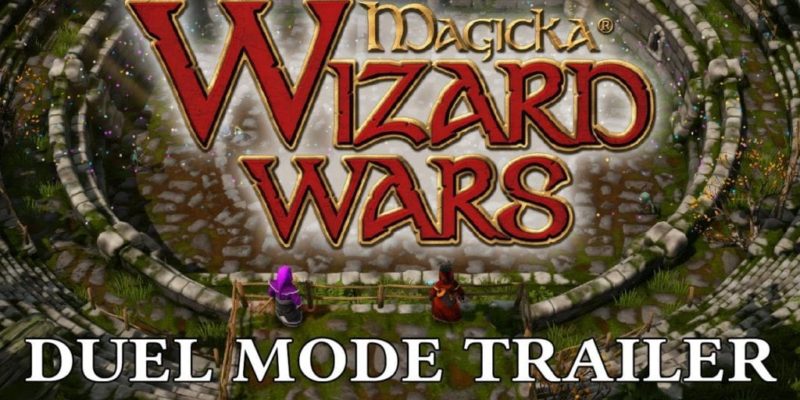 IncGamers has spent the last few days in Miami at Paradox Con finding out about the upcoming games from Paradox Interactive. Magicka: Wizard Wars was on show and it’s about to get a new game mode.

Magicka: Wizard Wars is the first title from Paradox North, a studio focused on short session action titles. We spoke to John Hargelid the Executive Producer and David Nisshagen the Lead Designer about how the game is shaping up.

The game has been available to play as an alpha early access since October 2013 and is now closing in on 2 million wizard casualties. The studio has 12 people working on the game and has fixed over 500 reported bugs which is a lot of wizardy bugs to sort out.

David brought us up to speed on the game’s status and one aspect that he stressed is really driving the game’s development is the community. Players have been asked to vote on features they want to see added to the game as well as help create guides and tools such as the spell practice tool for use outside of the game. Anyone who has played the game will know that spell casting efficiently can be tricky. It’s easy to toss out a lighting bolt or two, but hard to master more complex combinations of conjuring.

Revealed for the first time at Paradox Con is the new Arena game mode which was a feature requested by the community who realised that the current system was not fun for both veterans and novices due to the gaps in skill levels. The mode is a four way duel with two spectators and participants with the winner staying on and the spectators cycling in. It requires 6 kills to win the round and battles only last a few seconds.

Spectators can only watch the duels from the sidelines but they can observe an opponent’s strategy and spell combinations before they face them in battle. This helps players look for weaknesses and change their own strategies before going head to head as well as charging up some special attacks that can be used during the combat.

With a large stack of currency we had access to the store to customize our wizards in new outfits, helmets, melee weapons, thrown weapons, staves and spells. In classic Magicka style, the combat was clumsy and frantic and the fights short and intense, one of the favourite powers was summoning death and having him chase the other wizard around the arena before the inevitable swipe of the scythe. After we were defeated in the arena we had a few seconds respite as a spectator to catch our breath and observe the enemy and then we re-joined the action.

I really enjoyed my hands-on experience with the new mode, facing off across the room against other press and even Paradox CEO Fredrik Wester who impressed us by dominating the arena floor; we fought, died, taunted and cried out.

This mode is a great way to get a quick fix of Magicka action and practice the spell casting against live opponents.  The arena game mode will be available for the public to play in a few weeks and open beta is scheduled for late spring 2014.

You can join the alpha invite queue by signing up on the Magicka: Wizard Wars website or right now through Steam Early Access. You can also read our previous preview of the game, here.

By Logan Broadley7 days ago
Previews