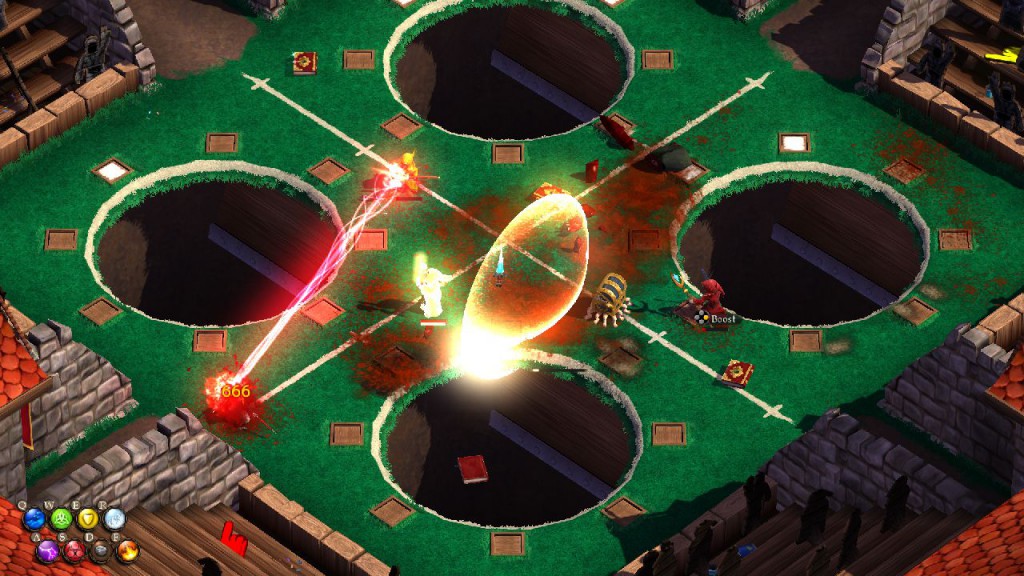 Arrowhead Games are throwing copyright caution to the wind and releasing a free, Player-vs-Player update for Magicka based (vaguely) around the Olympic Games. Except, of course, in this Olympic Games the aim is to blast your opposing athletes with spells until they fall over.

The WOOT Tournament (not entirely sure what that stands for, but probably something absurd) will add four new PvP maps to your Magicka experience and some new items, including the ‘Musketball Dunker’ (a gun which fires a volley of explosives).

This freebie DLC is due to show up tomorrow, so keep an eye on whichever digital distribution portal you picked the game up from. Hopefully it’s not too inspired by the current Olympics, or Arrowhead could soon be getting a call from some overzealous legal enforcers.