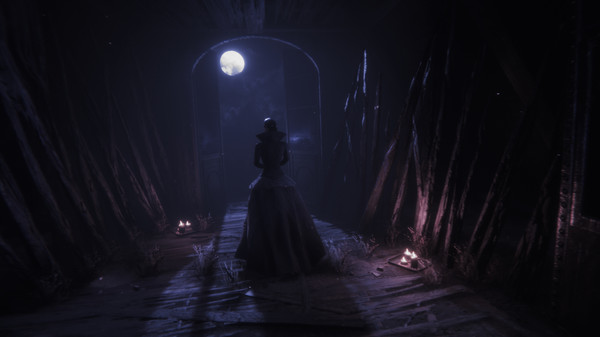 There are plenty of horror games released every year, and all of them try to offer some scares. But this is the first time I’ve seen a horror game that’s made of scares. Oh, wait. It’s called Maid of Sker. Maybe that’s just a typo. Anyway, set in Wales and appropriately developed by the good folks at Wales Interactive, the game will arrive on PC in June alongside consoles.

Set in 1898, Maid of Sker is a first-person survival-horror game that sees you exploring the terrifying Hotel Sker as you try to make it past all of the horrors contained within. The game is written in part by the people behind such genre staples as SOMA and Don’t Knock Twice, so a spooky time is almost certainly guaranteed here. The story is inspired by the folk tale of Elisabeth Williams, a young woman who was said to have died of heartbreak after being locked away in her room by her father. The game itself concerns a dark family mystery that has left the hotel cursed.

Maid of Sker is attempting to differentiate itself from similar games by having AI that realistically reacts to sound. Being able to successfully keep noise levels to a minimum will be your key to surviving the hotel. The game also features famous Welsh hymns that will be sung by Tia Kalmaru. Take a look at the game’s latest trailer to get a feel for it yourself:

The trailer features a Welsh lullaby and shows snippets of gameplay as the main character hides and runs from mysterious men with creepy cloth sacks on their faces. I don’t know about you, but its got my curiosity piqued, that’s for sure. Check back with us in June, as we’re sure to have a review for Maid of Sker when it’s out. Then we’ll see who’s really made of scares.