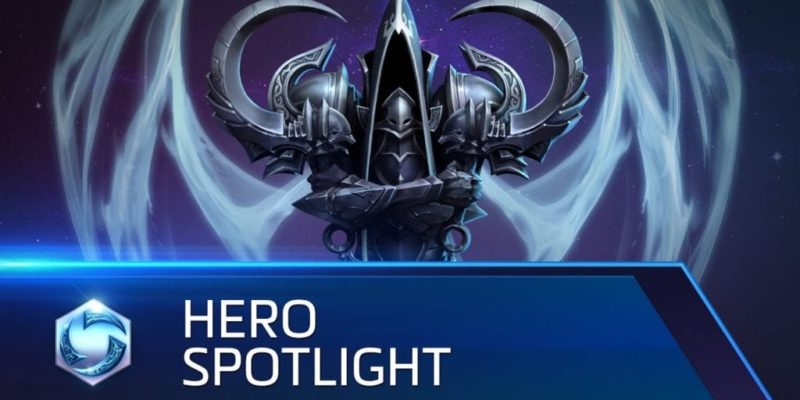 The newest hero to hit Heroes of the Storm is Diablo 3 expansion baddy Malthael.

I’m not going into much detail because it’s 2:40am and this is also the middle of sodding E3, but I will say that Malthy (we’re friends; I call him that) is an assassin who appears to be particularly good at burning down tanks. His trait, Reaper’s Mark, causes targets to lose 2.5% of their maximum HP every second, for four seconds, which seems entirely aimed at burning down people with very high amounts of HP.

I’ve embedded his spotlight trailer below, so if you’re interested in checking him out before firing the game up, you can do so there. I’ll also note that this should kick off a new series of quests in Heroes of the Storm, where you’ll get FABULOUS IN-GAME PRIZES (well, a set of Diablo 3 wings, and a Leoric’s Phantom mount and an Epic Loot Chest in Heroes of the Storm) for playing 15 matches with a friend in any mode, as Diablo heroes. You’ve got ’til 26 June to get that done, apparently, and it begins sometime this week.