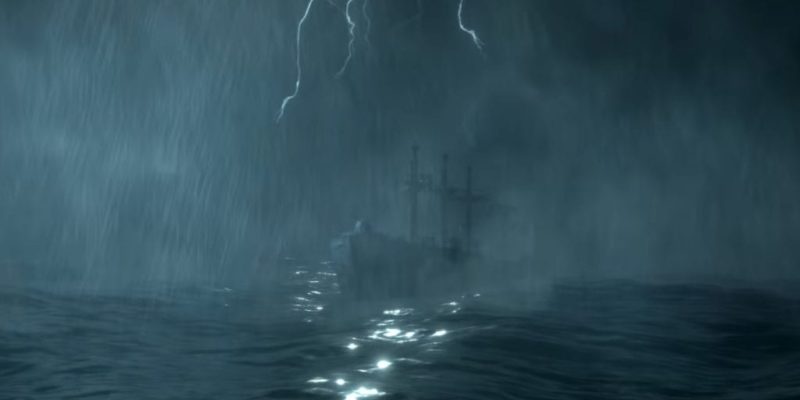 The first game in The Dark Pictures Anthology, Man of Medan, sets sail on PC this August. The game is the next project by Supermassive Games, which released Until Dawn for the PlayStation 4 back in 2016.

Man of Medan doesn’t stray far from Until Dawn‘s formula, however. And why not? It worked well for Supermassive before, as Until Dawn was a surprisingly creepy, narrative-driven mystery that had people talking for quite a while. Man of Medan adopts its style of branching story lines, where you decide your fate and that of others. This time, however, you and your group of friends are aboard a ship.

Man of Medan was inspired by a true event. The World War II vessel SS Ourang Medan seemingly vanished from the seas in the 1940s. After two American vessels received an SOS distress call from the ship, they followed the lead until they happened upon the lost Ourang Medan. Once boarded, the rescuers were not met with grateful sailors, but strewn corpses — bodies that faced up, with mouths yawning toward the sky. The fate of the SS Ourang Medan has been a popular subject for ghost stories ever since. Personally, I wouldn’t be caught within a nautical mile of a ship with that kind of baggage.

Those who pre-order Man of Medan get a bonus. By pre-ordering, you’ll gain access to the Curator’s Cut, which offers an alternate path to take during the story. The Curator’s Cut is only available after completing the game. Once you do, you can experience the game with alternative characters in prior scenes. You’ll have access to new decisions as well, which changes the story. There will also be more scenes and secrets not found in your first run.

“The Curator’s Cut is different to the traditional Director’s Cut as it gives the player new ways to directly influence the story and its outcomes. Players will see and change events and relationships from the perspective of characters that weren’t under control in their first playthrough.” said Pete Samuels, executive producer, The Dark Pictures Anthology, Supermassive Games. “It adds a whole new layer to how the player understands and interacts with the story in a way that’s never been done before, and we’re excited for people to experience it.”

The Curator’s Cut won’t stay exclusive, thankfully. Publisher Bandai Namco will release the content for free in late November. It’s still a while to wait though, which sucks for those who don’t jump on the horse early.

The Dark Pictures Anthology: Man Of Medan will be available for PC as a digital release on August 30.