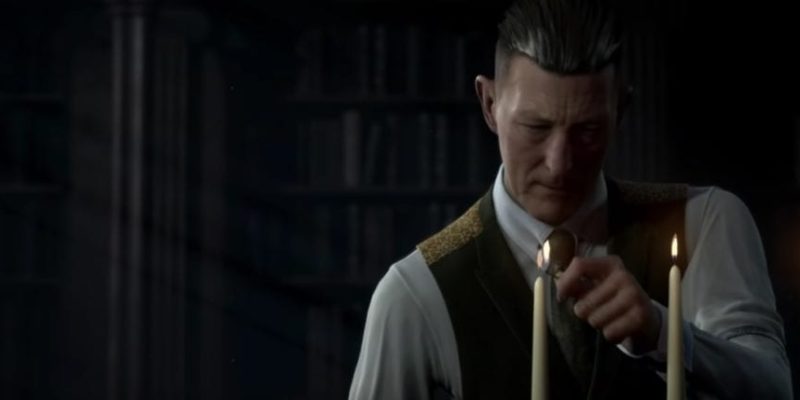 Fans of horror games and spooky thrills might be dying to know what Supermassive Games is up to with Man of Medan. Supermassive has slated the title for a 2019 release date, and it will be their biggest venture yet. Not only are they releasing a major game for platforms outside of the PlayStation (yay for PC users), this will also be the first of many as part of their Dark Pictures Anthology. They’ve recently released a Halloween trailer which showcases The Curator, a creepy individual who narrates your objective in Man of Medan. Check out the trailer below:

The Curator is played by actor Pip Torrens (The Crown, Preacher). We don’t know yet how significant a role he’ll play. Suffice to say, the man is shrouded in mystery. He does tell you of your task, which will determine the fate of the characters in Man of Medan.

For non-PlayStation gamers, Supermassive Games had a hit title called Until Dawn. Man of Medan will follow the same concept, wherein a group of young adults end up in an unfortunate and horrifying situation. You’re presented with various choices which will affect how the game plays out. Also, these decisions can and will decide if your characters make it out alive. One example in Until Dawn is a choice to save a character’s girlfriend where playing a hero led to misfortune. Perhaps that is what The Curator notes as:

“Decisions made in haste, made with the heart instead of the head; or vice versa. Decisions which may take some time to reveal their repercussions.

So yes, looks like we’re going to be in for some agonizing playthroughs due to the choices we’ll make in Man of Medan. It’s going to take a while, and perhaps a guide or two, to get the best ending where everyone survives, just like in Until Dawn.

As mentioned, the game is still a ways off. If you’re interested in learning more about the setting and the ghost story that inspired it, you can check out our Halloween feature on the SS Ourang Medan. Oh, and for our dear readers, do keep the lights on as well.