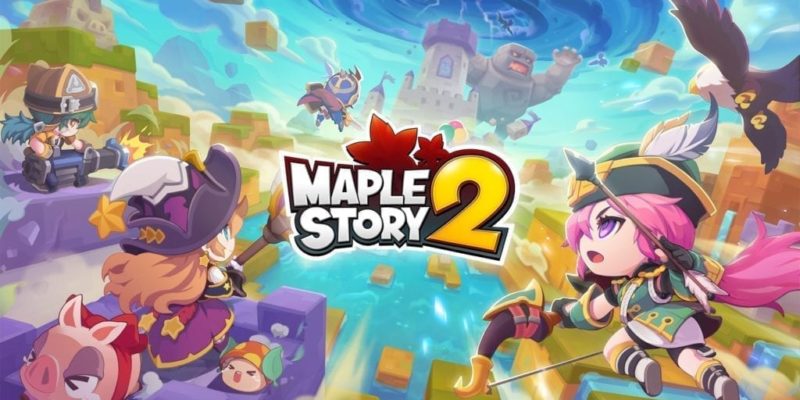 MapleStory 2 has served up 1 million downloads in its first week, according to developer Nexon, indicating that players are keen to try out the new free-to-play MMO.

This surge of players has put a strain on Nexon’s servers, and as a result, they’re planning to expand. “Due to its rapid growth, the game continues to increase its servers,” reads Nexon’s press release. “Especially for the Oceania server, where the player population continues to exceed expectations.”

Right now, MapleStory 2 is sitting on 24,387 concurrent users, placing it in the top 20 games on Steam based on the current player count. Specifically, this puts it slightly ahead of Fallout 4 and Path of Exile (around 22k players each). However, it’s still a ways behind perennial top-charters PlayerUnknown’s Battlegrounds and Dota 2 (between 650k and 750k players right now).

Still, reasonably high player counts aren’t entirely unexpected for a new free-to-play game, especially one as high-profile as MapleStory. It’ll be more telling when we see if the numbers remain constant over the next few weeks.

MapleStory 2 has also begun a Halloween Campaign, which looks both adorable and spooky. And yes, they’ve even included a murder mystery.

In celebration of the million download milestone, MapleStory 2 is kicking off a week-long “Double Bonus Item Drop Event”. As the name implies, players are now able to earn twice as many bonus items from completing dungeons. A “Special Weekend Login Event” also gives max-level players a chance to earn special items for just signing into the game on Saturday and Sunday.

You can head on over to the official MapleStory 2 website for the times this weekend’s event will be live depending on what timezone you live in.

By Kevin Foley11 hours ago
Industry