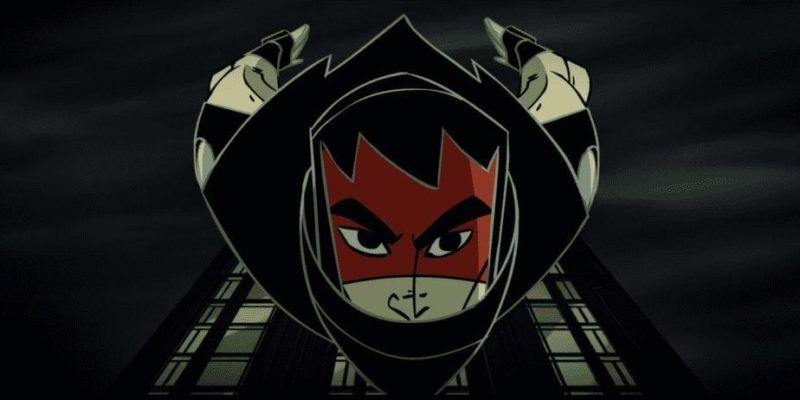 Before I played Mark of the Ninja, I was doubtful of how well it could pull off stealth in a side-scroller. Every other stealth game I’d ever played had been either top-down or 3D, allowing for much greater freedom of movement. I didn’t really think a 2D game could pull off. Good stealth is hard enough to do in any game, but it takes some seriously great design to make it feel natural in a sidescroller.

Thankfully, Mark of the Ninja handles its stealth beautifully. Even though the movement should technically feel severely hampered by the removal of more dimensions, it feels like just as much of a stealth game as any of its 3D brethren. In this feature, I’m going to break down how the game utilizes space and choice to make its stealth so fully-realized and engaging.

One of the most important things to consider in stealth games is how the enemy line of sight works. In a 3D space, this can work much as it would in reality, albeit limited for ease-of-play. Well, Mark of the Ninja handles this in a really safe way. The enemies all have flashlights that indicate what they can or can’t see. The range with which they discover you can vary among enemy types. Typically, though, if an enemy is looking in your direction in an un-obstructed hallway, they’re going to see you if you’re close enough. 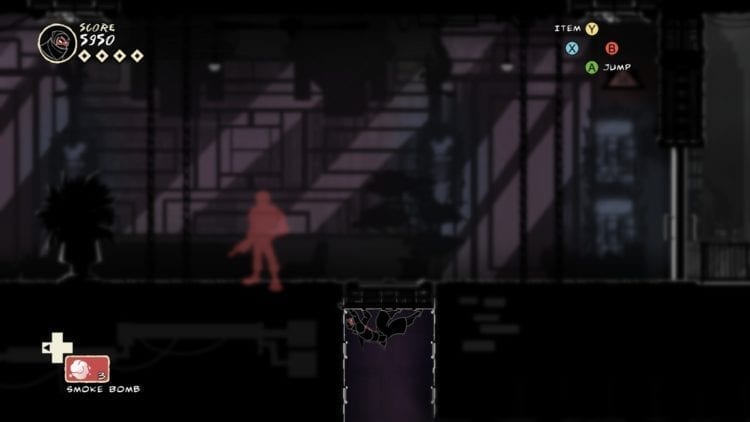 The perfect way to vent your frustrations. Wait, where are you going?

Mark of the Ninja Makes Great Use of Shadows

The game goes about managing this in various ways. Mark of the Ninja tends to lean on the old stealth standby of using shadows and light in order to evade detection, and it works particularly well in this game. You can destroy most of the overhead light sources, which usually makes it much easier to get by some enemies. But since they all have flashlights, it doesn’t always make too much difference. And since the game is a side-scroller, sneaking past a hallway full of enemies can be even trickier than is usual for the genre.

The game gets around this by putting vents and hiding places all over the place. With less-than-stellar level design, this sort of game would be a nightmare to play. However, with the assortment of vents, hiding places, and places where bodies can be stashed, the game doesn’t end up feeling cramped or too restrained. It reminds me of how Assassin’s Creed IV used bushes to basically cover up how broken the game’s stealth mechanics were. Except Mark of the Ninja doesn’t use hiding places as quite as much of a crutch.

Naturally, the game really needs to focus on distractions since the freedom of movement is so technically-limited, and the options it gives you truly set it apart from the pack. The game gives you an infinite number of throwing darts. They don’t hurt your enemy, but they always get their attention. Your positioning is most important here, as guards generally inspect the area from which the dart was thrown. 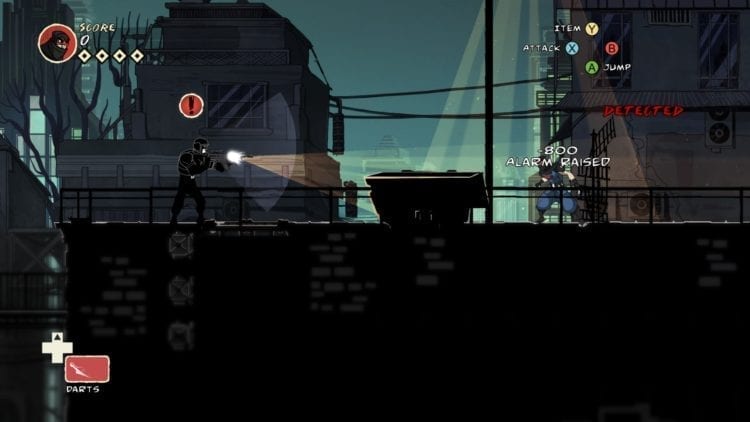 Unfortunately, I find this to be unreliable. Sometimes, you’ll throw a dart and the enemy will seek out its point of origin. This allowed me to get the drop on or sneak past my foe. However, other times, I would throw a dart to attract an enemy, and they would turn around and walk in a direction that it couldn’t have possibly come from. It’s a pretty major issue that can make things really annoying. This could have really damaged the experience if Mark of the Ninja didn’t have other sufficient means of avoiding detection.

One of the most useful of these is obviously the smoke bomb, which completely obstructs the enemies’ vision. Throwing one of these allow you to easily bypass a close guard with minimal issue. Lest the player spam them, though, you only get a few at a time. There’s also a noisemaker distraction that works better than throwing darts ever would, along with other items such as attack items. The trap works especially well, as it instantly kills any enemy that steps on it and terrifies anyone else within line-of-sight.

Much like the Batman Arkham games, you can purchase additional takedowns as well, which greatly increase your effectiveness. You can use these to take down enemies from above and below, for instance. In 3D games, I generally feel like I didn’t quite need to focus on utilizing these extra options. However, Mark of the Ninja uses them to bypass its limitations in really satisfying ways. Everything feels valuable and useful. Instead of utilizing your area of movement, you instead have to focus more on utilizing your capabilities. It gives the game a real feel of its own. 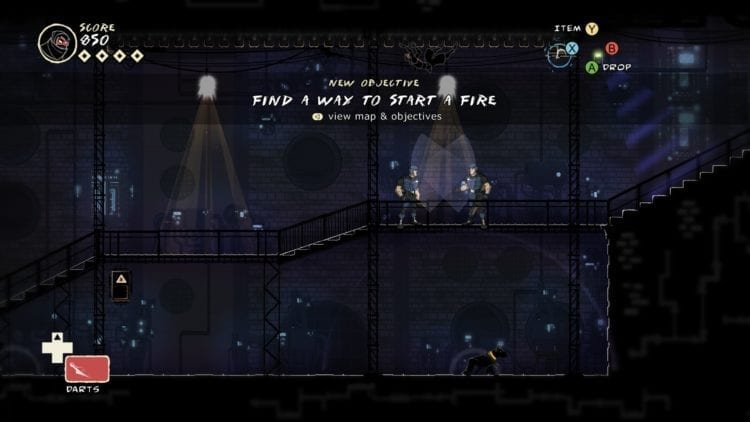 Doing A Level Without Killing Can Feel Like A Puzzle

One thing I really love about the game, though, is the way it brings all of its mechanics into play via upgrade tokens. You can earn these in three ways in each level: score, finding scrolls, and fulfilling specific challenges. The challenges require you to make good use of certain aspects of the level and often tutorialize certain game mechanics. These extremely natural tutorials ensure the player has a good grasp of how the game plays in order to really succeed.

And then there are the level bonuses. The best way to unlock challenge tokens is via completing a level with no alerts and no kills. Doing it with no alerts isn’t that big of a deal, as the game features a fairly liberal checkpoint system. No kills, however, turns the game into a rather different type of puzzle. You can’t knock out or incapacitate your foes in Mark of the Ninja. If you want that no-kill bonus, you have to effectively go through the level solely avoiding your foes. This really makes the game’s levels feel different and also extremely rewarding once you get them down.

There are many ways Mark of the Ninja could have failed in regards to offering a satisfying stealth experience as a sidescroller. Yet through clever implementation and razor-sharp level design, the developers avoid most of these problems. I feel like a sidescroller shouldn’t be one of the best stealth experiences around. And yet the general excellence of the game’s design really clinches this. The game might already be six years old, but the remaster definitely demonstrates that it still has a ton to offer as a stealth game. And it really shows that great design goes beyond what some might consider the confines of the medium.

Watch The New Gameplay Trailer For Thronebreaker: The Witcher Tales

Call Of Duty: Black Ops 4 Optimization – A Guide To Get High FPS