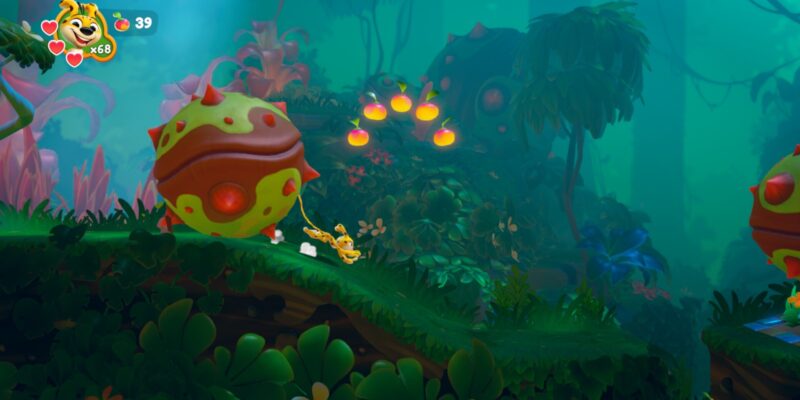 Microids just released a platformer based on a famous children’s property with The Smurfs – Mission Vileaf, yet here we are with another one. I played the former and wasn’t expecting much. What I found was an enjoyable 3D platformer. Marsupilami: Hoobadventure is even better in most ways, save for its lone glaring fault. The controls and level design are so precisely on point that I think it’s likely that Ocellus Studio had to focus on quality or quantity. It chose the former, and we’re left with a surprisingly good sidescrolling platformer that unfortunately only takes a couple of hours to beat.

Marsupilami: Hoobadventure is a licensed game based on the Belgian franchise, Marsupilami, which is perhaps most famous for appearing as part of Disney’s Raw Toonage back in the early ’90s. If you’re not familiar with the franchise, however, that makes little difference, as there’s practically no plot here. The game lets you pick between one of three little, uh, leopard things. What little plot there is kicks off when the main Marsupilami accidentally releases a magic skeleton monster from a mask and it responds by hypnotizing all of the other animals into doing its bidding. Guess who goes on a quest to stop it?

What follows is roughly two hours of standard 2D platforming that’s heavily inspired by Donkey Kong Country. There are three worlds with about 25 main levels altogether. Each non-boss main level has a portal to a bonus stage, plus five feathers to collect, which are used to unlock Marsupilami: Hoobadventure‘s three extra stages. Beating a level unlocks its time trial variant and each world has a single “boss stage” where you chase the skeleton guy. Only the last of these resembles a boss battle, however. Once you complete the game, nothing unlocks. 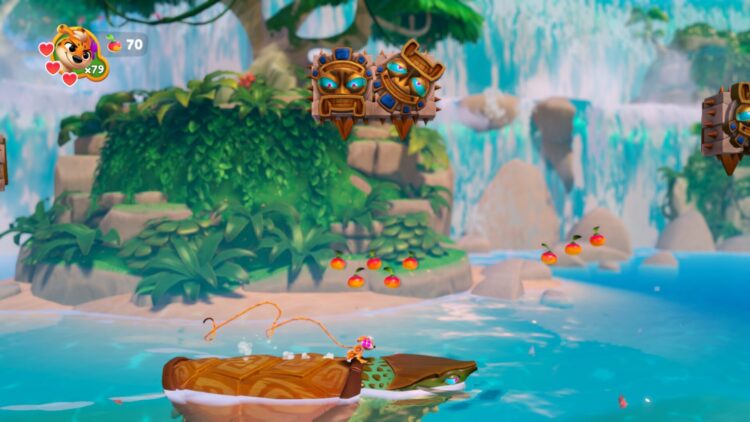 You can choose between the three characters on the map screen, and they’re all interchangeable. They can jump, roll, hit things with their tails, ground pound, and grab onto suspended rings. Marsupilami: Hoobadventure is very much a standard platformer. But, as I said, the quality here is far higher than it has any right to be. Its controls are simply terrific. Marsupilami either goes as slowly or as quickly as you want it to. The characters are joyfully mobile, as their roll can be indefinitely extended with repeated button presses — it also transitions into a long jump.

Movement is exactly what it needs to be, as it quickly becomes second nature to roll and bounce around the game’s levels. The only gripe I have with the controls is that it takes a hair too long to transition to a wall-jump position, leading to some awkward moments when I’d attempt to wall jump and nothing would happen. As you likely imagine, you can jump on enemies to damage them in addition to the tail strike. Holding down the jump button as you bounce on an enemy lets you get more air off of them.

Marsupilami: Hoobadventure just begs to be replayed to get the time trial medals due to how much fun it is to rush through these levels. This is improved further by the strength of the level design. I was consistently impressed by all aspects of it. The levels flow together beautifully and are loaded with secret areas — they’re well paced, too. There’s a lot of craftsmanship on display here. Going through the levels as fast as you can only hammers home how skillfully everything has been put together. From enemy placement to the distance between platforms, these levels were equally designed to be thoroughly combed and for speedrunning. Ocellus Studio has a real knack for the genre. 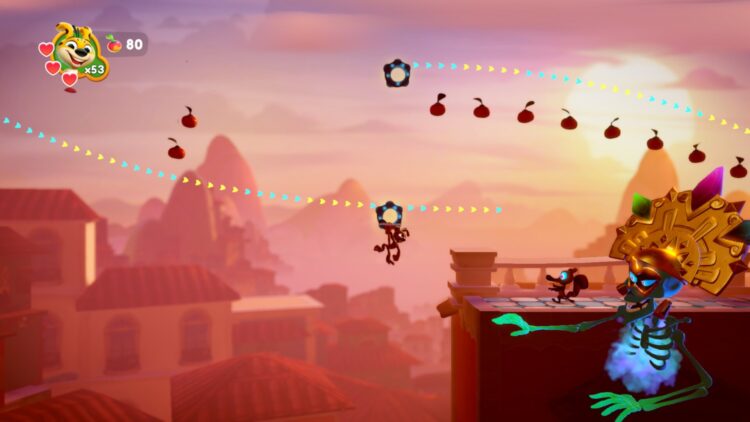 Gotta have that spice

Of course, the above wouldn’t be worth as much if there wasn’t sufficient variety, but there’s plenty. Levels have a plethora of unique tricks up their sleeves, making many of them clearly stand out from one another. Due to the game’s short length, these things don’t wear out their welcome either. Marsupilami: Hoobadventure is constantly throwing different level design concepts your way. Perhaps you’re riding a giant sea creature while avoiding obstacles, or navigating in the dark, or dodging giant molten rocks. There’s a lot packed in here.

The levels are covered in collectible fruits. Marsupilami uses a lives system, and you get an extra life for every 100 fruits you find. You can have a maximum of 99 lives and, despite the aforementioned brevity, I accumulated this number in the third world. Would have gone well above it too had I not hit the limit. Clearing the bonus stages grants you tickets that you can use to unlock bonus levels that aren’t unlike the coin-packed levels of New Super Mario Bros. 2. Doing one of these will often net you 10 or more lives. Even if you play the game with a hand tied behind your back, you won’t run out.

That being said, Marsupilami: Hoobadventure is clearly meant for children, but it’s not so easy that adults will be bored. Getting the feathers and beating the bonus stages adds some challenge, although these are almost never what I’d call particularly difficult. Until the third extra stage and final boss level, at least. Said stage, which you can unlock at the same time as the final boss becomes available, is surprisingly tough. It’s very doable, but Ocellus Studio clearly wanted to flex a bit with this, as it just screams, “see, we can do this too.” 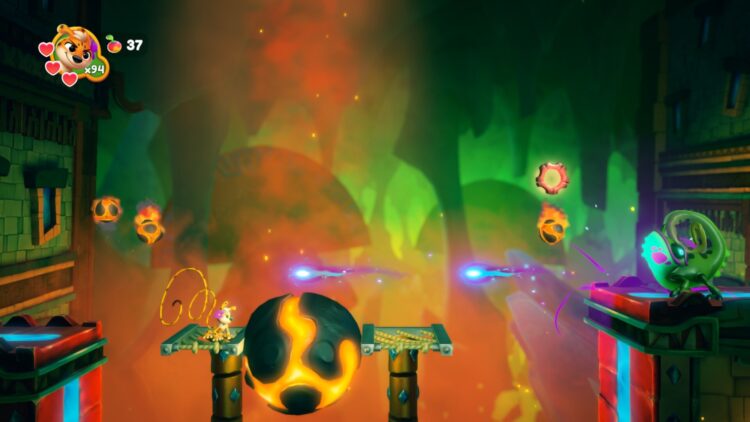 Even the final boss offers a decent challenge, as you’re chasing him while chucking rings and dodging obstacles with little room for error. These two levels feel like they’re here for older players, as I can’t see a lot of small children being able to get past them. Marsupilami: Hoobadventure is a great game that is only let down by the fact that it’s so short. However, it doesn’t feel like it’s way too short, as games like this were often this length in the past. But Donkey Kong Country came out in 1994 and was twice as long as this game. It also apparently retails for $24.99 USD, which is too much. A price of $15 USD would be great, considering, although the 10% launch discount certainly doesn’t hurt. Still, I highly recommend this game to lovers of cartoony platformers. But you can wait for a sale.

A truly surprisingly high-quality platformer with top-tier controls and level design. It's only let down by its extreme brevity and its bloated price tag.