Square Enix announced its second planned War Table livestream for its upcoming Marvel’s Avengers game. The digital event will take place on July 29 at 10 AM PDT, and provides an in-depth look at the beta.

Marvel’s Avengers is an upcoming third-person, action-adventure game that includes both single-player and cooperative gameplay in a new story. The game lets Marvel fans take control of some of their favorite heroes to save the world from supervillain baddies. Players can assemble into a team of up to four players, customize abilities, and use powerful combos to claim victory. 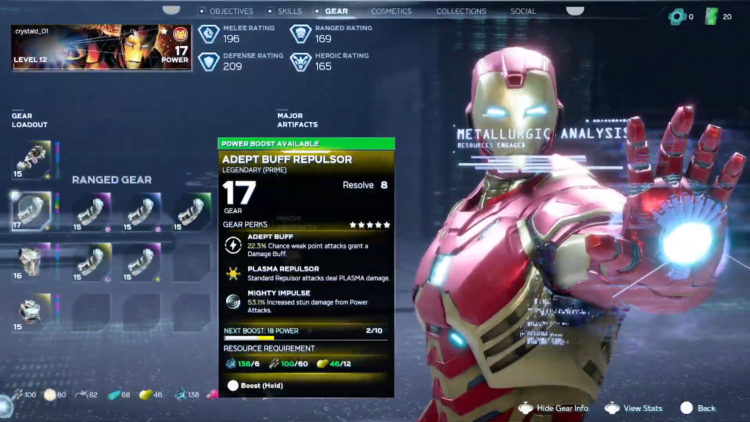 A wide range of custom abilities and cosmetic styles will be available for all of your favorite heroes.

Square Enix is officially streaming War Table via the game’s website, however there are sure to be rebroadcasts, too. Fans can expect new videos that detail the content in the beta, as well as insight into the development of Marvel’s Avengers. Square Enix also teased that the livestream will include hidden details about future content and announcements.

The first War Table took place on June 24 and showed Thor gameplay, plus a look at the villain MODOK. It also went into detail about the War Zone co-op areas in the game and explained the value of teamwork. Catch the recap here to better prepare yourself for the next War Table.

Marvel’s Avengers releases on Steam and Stadia on September 4. The game is co-developed by several subsidiaries of Square Enix, including Crystal Dynamics, and Eidos Montreal. The game is currently rated Teen by the ESRB.

Spellbreak reveals it will be free-to-play at launch