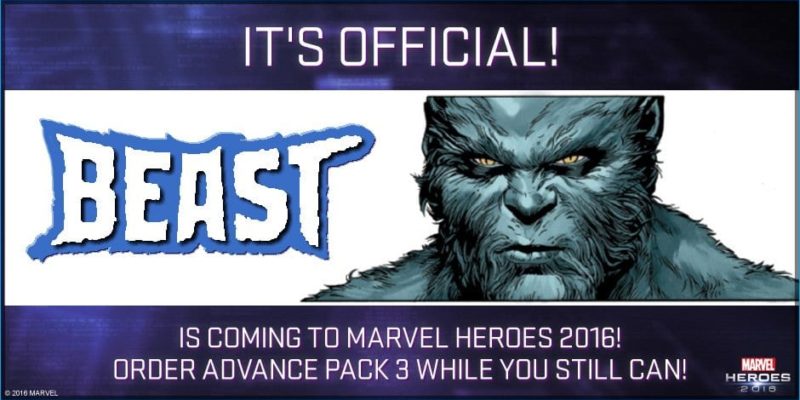 Gazillion’s Advance Pack 3 for Marvel Heroes was announced back in January but the character roster of new heroes was a hero short.

X-Men fans will be pleased to see Beast finally making in into the pack as the seventh hero. There’s no other information about Beast yet apart from the image above, but a video will likely show up closer to his appearance in the game.

The pack is not cheap at $79.99 but it would probably work out at less than $10 per hero when all the other extras such as new team-up characters are taken into account so it’s not bad.