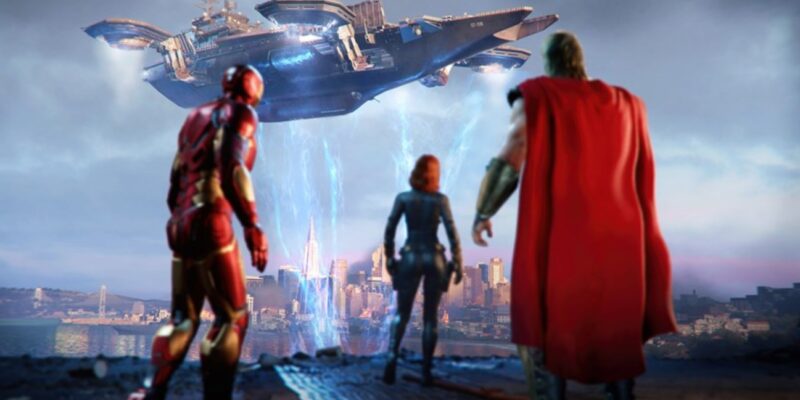 A new MMORPG is in development by the DC Universe Online developer, and it’s about to get super in here. In a surprise twist of cosmic and comic fate, a new MMORPG based on the world of Marvel is in development by Dimensional Ink Studios. But, what could potentially stoke the flames of war is that Dimensional Ink Studios previously worked on DC Universe Online.

This news comes from End Global 7, a “coop company composed of prominent development studios.” The group released a presentation that included future games in development, sorted by their release dates. Other games include My Singing Monsters, Power Chord, Evil v Evil, and Lord of the Rings Online. But, what you really care about is likely this “unannounced MMORPG.”

Three bullet points form a small outline of the developer’s plans for the game. The game is a “Marvel IP based massively multiplayer online game, developed by Dimensional Ink Studios in Austin, TX, and led by Jack Emmert, who designed and helmed City of Heroes, and currently leads DCUO.” This project is listed as a “longer-term” effort, which is after “medium term,” “2022,” and “Q4.” Essentially, this one won’t be out for quite some time.

DC Universe Online has been live since 2011, featuring an expansive roster of beloved superheroes and supervillains. If the same treatment is given to the Marvel MMORPG, this game has the potential to be something special. The Marvel Cinematic Universe is expanding day-after-day, with Eternals and Hawkeye taking control of the cultural zeitgeist, so a lasting video game is important to cash in on all of the hype. Clearing dungeons, bosses, and raids as your favorite Marvel hero is bound to be a blast, and I for one can’t wait to zap lasers out of my eyes in a different, marvelous setting.