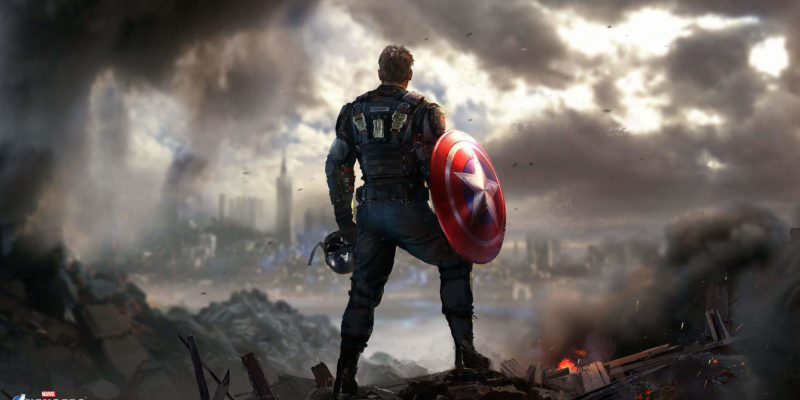 With Crystal Dynamics’ Marvel’s Avengers enduring a rough start and a continually rocky journey, the team is doing whatever they can to stem the bleeding. New content has been delayed while fixes for the game are being worked on. The gameplay aside, the in-game economy has also come under fire for being out of touch. Prices asked for new emotes and takedowns are being viewed as way too steep. Even costumes, granted there are some that look really good, are priced for a pretty penny. As such, Crystal Dynamics has taken action. A Marvel’s Avengers price drop for takedowns and emotes are now in permanent effect.

Previously, an event that saw costume, takedowns, and emotes prices get reduced by half took place in the game. However, that has now been made permanent, with the exception of costumes. This Marvel’s Avengers price drop will go a long way in ensuring players get the most out of their credits. Considering an epic takedown used to set you back 1200 credits, which works out to about $12, this is a positive change. 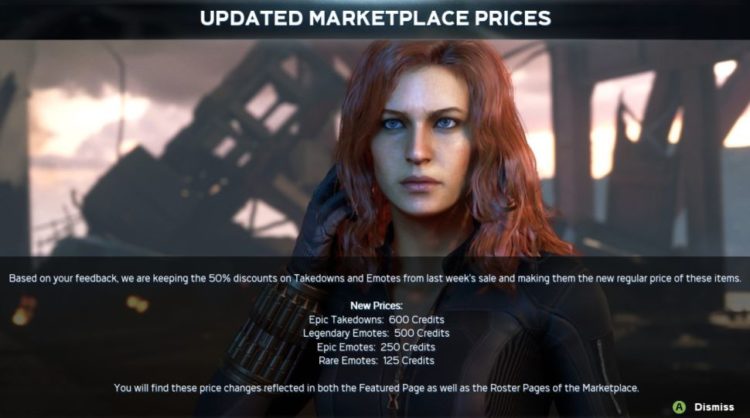 The argument could go on all day about how the game has been designed to be a grind. The matchmaking is not great, level design can be repetitive. At the end of the day, you are just smashing stuff as your favorite Avenger alongside AI teammates or your friends.

That could be fun, if only the game did not feel like the rewards were not, well, rewarding. The presence of a marketplace that did not match player expectations only makes things worse. Animations for takedowns should not be costing so much, let alone emotes.

At least now we have some changes being made, which will hopefully go towards a better overall experience. This Marvel’s Avengers price drop could be the first move of many, as Crystal Dynamics continues to refine the experience.