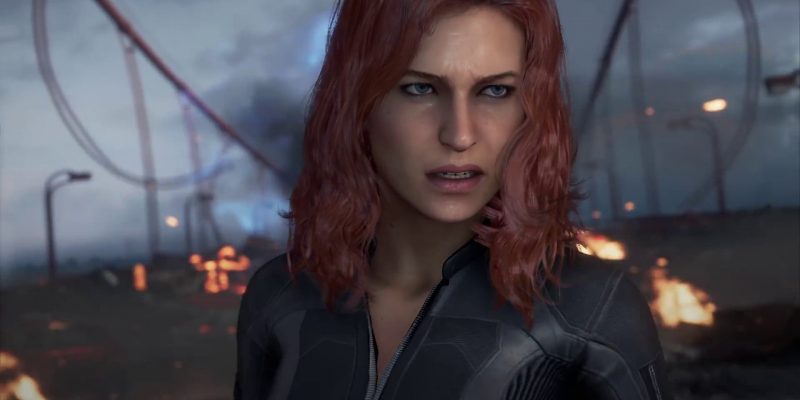 Marvel’s Avengers announced over the weekend that costumes inspired by the superhero movies will soon be for sale in the Marketplace. The outfits come as part of a Red Room Takeover event this spring. During the event, which does not yet have a date, players can receive special rewards and access new missions. Developer Crystal Dynamics didn’t share too many details about Red Room Takeover, but fans did get a glimpse of future content thanks to a recent development roadmap.

Marvel’s Avengers’ tweet on March 26 teased that the Red Room Takeover event “features rewards like animated nameplates, outfits inspired by the Marvel Cinematic Universe, a deadly HARM Room hacked by Yelena Belova, and more secrets to decrypt.” Given the sentence structure, many fans took that to mean the outfits are included as free rewards. Unfortunately, that was too good to be true. The account later clarified that the in-game Marketplace will exclusively sell MCU-inspired outfits in exchange for credits. Fans have asked for these outfits for months; while it is disappointing that the outfits are not free rewards, it is nice to see Crystal Dynamics finally delivering fan requests.

The account also included a gif of Black Widow searching for someone — possibly Yelena Belova. According to the tweet, the Marvel Comics character has hacked the HARM training area. Though it’s not yet clear what Marvel’s Avengers fans can expect from the Red Room Takeover HARM mission, an encounter with Belova seems likely.

We'll be introducing the Red Room Takeover event this spring!

From the Hawkeye expansion earlier this month to summer events, there’s plenty in store for Marvel’s Avengers. Crystal Dynamics’ recent roadmap revealed that, in addition to Red Room Takeover, Tachyon Anomaly missions are coming in spring. All new content leads up to the biggest drop this summer: the War f0r Wakanda expansion. Black Panther will join as a new hero, along with a new story, new villains, and more.

Play through Dubai in Hitman 3 for free starting today