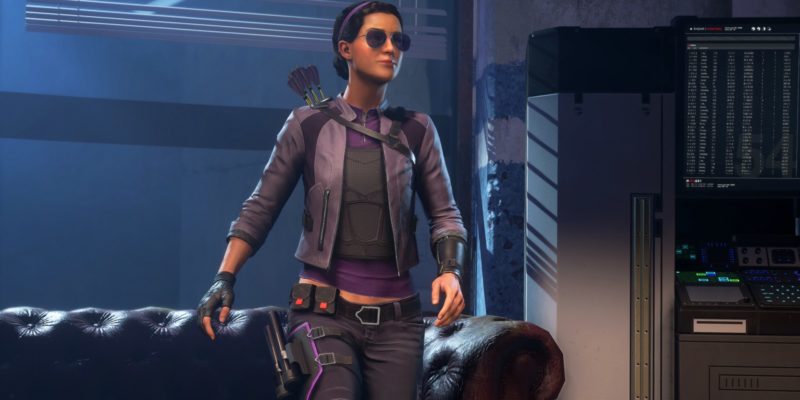 Today was the final Marvel’s Avengers War Table stream before the game launches this Friday, September 4. While the stream wasn’t particularly long, clocking in at only 15 minutes, it did have lots of information on what players can expect on day one of launch. The stream started off with a moment of silence for Chadwick Boseman, the actor who played Black Panther in the MCU, who passed away tragically last week from colon cancer at the age of 43. Before the stream started, it was said that some of the content of the stream had been changed, followed by an image of the Black Panther logo. More on that in a bit.

The biggest piece of news was the reveal of Kate Bishop, the apprentice of the original Hawkeye Clint Barton. It appears Kate and Clint will both be playable. The stream said that the two will play differently but we didn’t get any details on exactly how. We did see Kate with some sort of blink/warp ability, though, as she shot arrows at hapless AIM soldiers. The announcement of Kate gives credence to the DLC leak list that popped up a few weeks ago when the game went into beta on PC. I would not be surprised at all if that list was 100% accurate, and I suspect the next few character reveals will go along perfectly with that list. Which is good all things considered, as that list had some great characters on it.

The Marvel’s Avengers War Table stream also went on to explain what players can expect on day one of launch. Those who pre-ordered the game have early access and are able to play right now. The first thing players are encouraged to do is go through the campaign. There will be rewards for players who start on day one, but what those rewards are weren’t explained. There will be daily and weekly missions, and the War Table, the mission hub of the game, will be constantly updated. There are multiple different factions that you can take missions for with over 20 objectives available each week to complete during missions.

Lots of superheroing to do

Shop inventories will update hourly to give players access to a constantly rotating lineup of gear. There will be a cosmetic vendor as well as selling skins and emotes, but cosmetics will only refresh daily. We now know that the launch level cap will be 150, with it being expected to increase as more content gets added. There will also be villain sectors available that will end in unique boss encounters that can be replayed as much as you want. These missions will be key in getting characters to the higher levels in the game to reach the level cap. SHIELD vaults are another feature that was seen in the beta that will be a common occurrence in missions. Players who take the time to find these vaults during missions will unlock huge rewards. Lastly, it was confirmed that there will be over 50 enemy types between bosses and the different villainous factions, of which there is more than just AIM, the game’s primary antagonist force.

The Avengers Initiative was the next thing discussed during the stream. This portion of the game will consist of interconnected missions and story arcs that can take place over the course of one mission, a day, or even a week. These missions can be played independently of the main campaign and you will be able to bounce back and forth between them. These missions will have exclusive costumes as rewards that you will not be able to acquire elsewhere. New locations will also be added to the game over time, like SHIELD Substation Zero. Where the last remaining SHIELD agents, led by Maria Hill, try to get the world back into order. Shortly after launch, this area will open up where players can take on new types of missions that will be gone over in more detail in future War Table streams.

One of the last two things discussed was the “Mega Hives.” These will be the first pieces of true post-campaign content for the game. These weekly mission types will be super hard challenges for players to face. Your team will have to run against a gauntlet of enemies, going down to a new floor after you clear the one before it. It seems very reminiscent of the Bloody Palace mode in the Devil May Cry series. You start with your team of heroes, and when one goes down, you switch to the next in line. If you lose your entire team you will have to start all over again from the top. 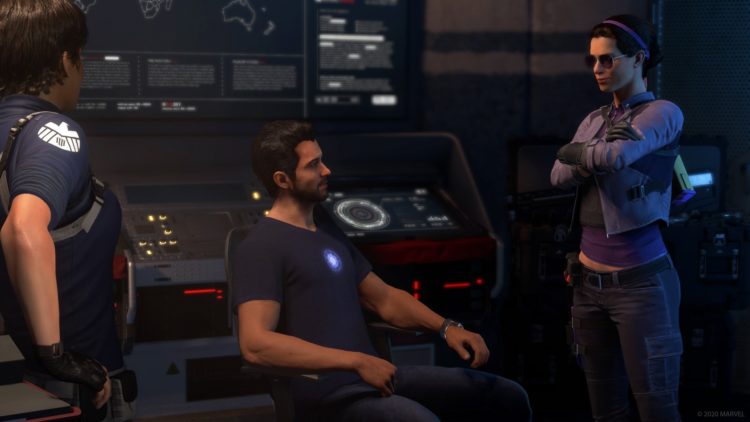 Get your friends and Assemble

Lastly are the AIM Secret Labs, which will be endgame content for multiplayer teams. You will not be able to even access these missions until you reach the upper end of the level cap and will require an experienced team to even attempt. The end of these missions will culminate in a boss fight that is supposed to be determined by how well you did in the mission. Presumably getting harder the better you perform. These missions are only available once a week and must be completed within a set time frame.

The game promises “years” of content and will have stories that will evolve and change over long periods of time. The stream ended with the announcement of another Marvel’s Avengers War Table stream coming after launch that will recap the game’s launch, show a post-launch roadmap, and show off gameplay and players from the community. One does have to wonder though what they changed as alluded to at the beginning of the stream. By showing the Black Panther logo, most people expected a reveal of the character in memory of Chadwick Boseman. It would have been a great thing to do for fans who are in mourning and to celebrate his life and the character he played.

Who knows, but if that leak list is accurate, it shouldn’t be too much longer before we see Black Panther in the game. Square Enix made sure to confirm to players in a press release after the stream that all post-launch characters will be available for free to all owners of the game, except for Spider-Man who will be a PlayStation exclusive character. Marvel’s Avengers releases this Friday, September 4, and if you pre-order the game now, you can start playing today.