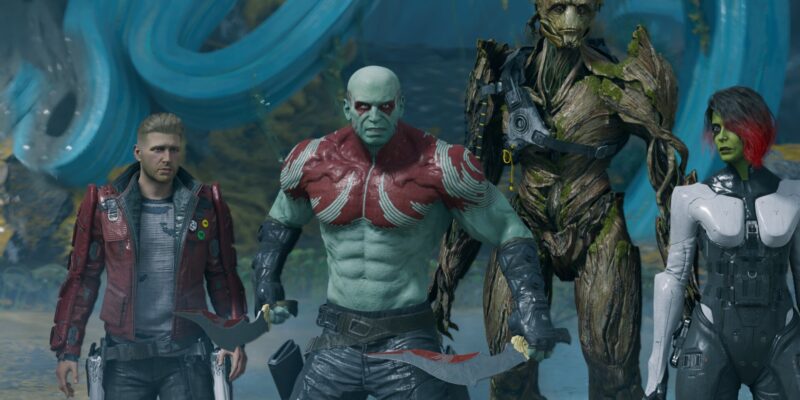 While playing Marvel’s Guardians of the Galaxy, perks are important to have and throughout the game, you’ll often come across components. These come in two varieties: sticks and spheres. Sticks are very common and you’ll find them all the time. Spheres are much rarer and are typically located in more hidden areas.

In total, there are 15 perks to purchase and you can afford all of them in one playthrough if you find enough spheres. But some are simply better to have than others. I’ve cut the 15 down to five that I think are better to focus on first.

The Charged shot is an extremely useful perk as the shot itself does good damage and good stagger damage. While the elemental guns are better for staggering foes in general, they also run out, meaning that the charged shot is a great choice to keep things going when you don’t have any charge remaining. All you need to do is double-tap the shoot button and hold it and Star Lord will charge up the blast in a jiffy. It stays useful for the whole game, too.

Speaking of useful for the whole game, rapid reload is probably what you should buy first. Star Lord’s guns run out of juice fairly quickly. With rapid reload, you can time a button press to reload instantly and dramatically cut down on the time your guns spend cooling down. This allows you to shoot pretty much nonstop, which is always massively helpful. 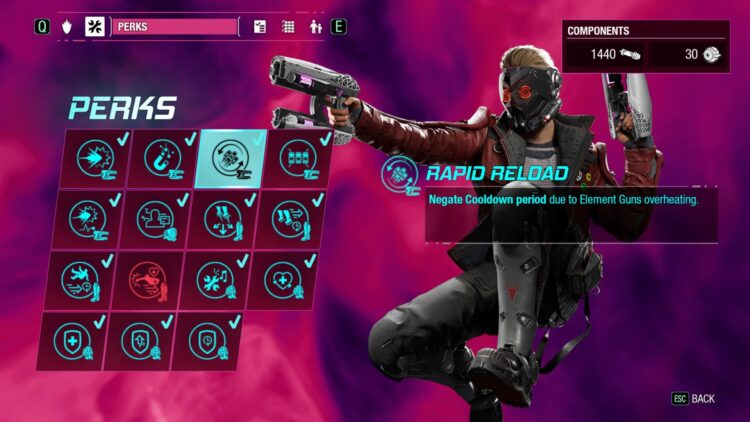 This one’s also related to the others, but deals specifically with element attacks. Simply put, buying this makes your element attacks use less charge, meaning that you can use them longer between cooldowns. In most instances, element attacks are better than regular gunfire, so you want to be able to use them as much as you can. Charge consumption is an easy perk to recommend to anyone looking to squeeze some more use out of element attacks.

You’ve seen this one in tons of games. You’ll be dodging out of the way all the time in Marvel’s Guardians of the Galaxy. Perfect dodge makes it so when you dodge at just the right moment, time slows down, giving you some extra moments to go on the offensive. It’s pretty lenient here, though. You’ll likely activate this perk on a fairly constant basis, even if you’re not aiming to. And hey, there isn’t anything wrong with constantly having a bit more time to attack and react.

This is another one I recommend buying super early. Obviously, you need components to buy perks, and it can be easy to miss them. Having this perk makes an icon show up while you’re in visor mode that shows you where nearby components are. Not only is this useful for buying perks more quickly, but sphere components are often hidden alongside costume crates, so you’ll be able to find those more easily by making use of this perk. 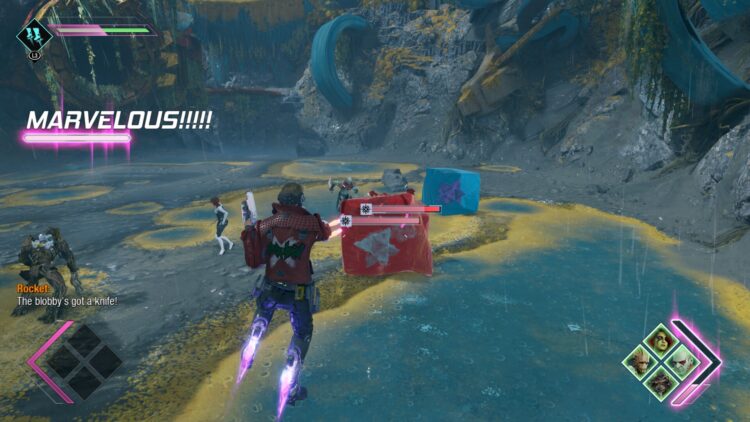 None of this is to say that the other ten perks aren’t useful. There are four health-based perks that are handy, but they work better in tandem with one another. Plus, Marvel’s Guardians of the Galaxy is pretty generous with healing opportunities as long as you’re grabbing pickups and using huddle when you’re in danger. Therefore, I recommend buying the health and shield perks after you’ve gotten the above ones. The doubled fire rate at low health is pretty handy, too, but it really won’t be active that much. It’s up to you.

Marvel’s Guardians of the Galaxy: The best character skills and combat guide