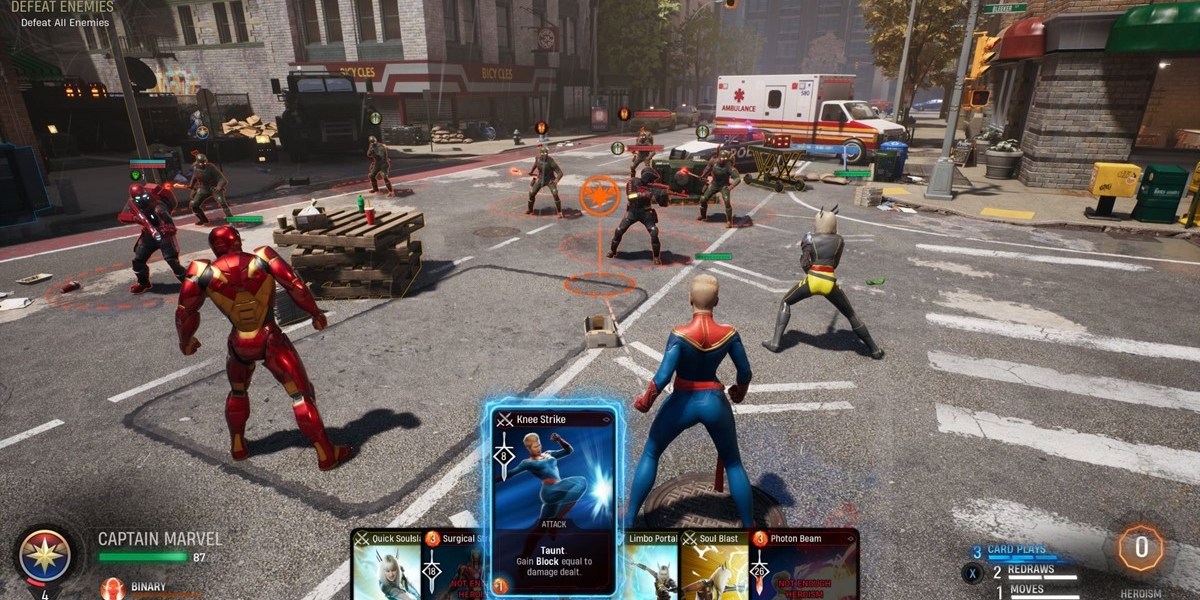 The types of cards

To understand how the card system works in Marvel’s Midnight Suns, we’ll first need to look at the different types of cards in a hero’s deck. Each deck needs to have eight cards in total, and at least one of each type: 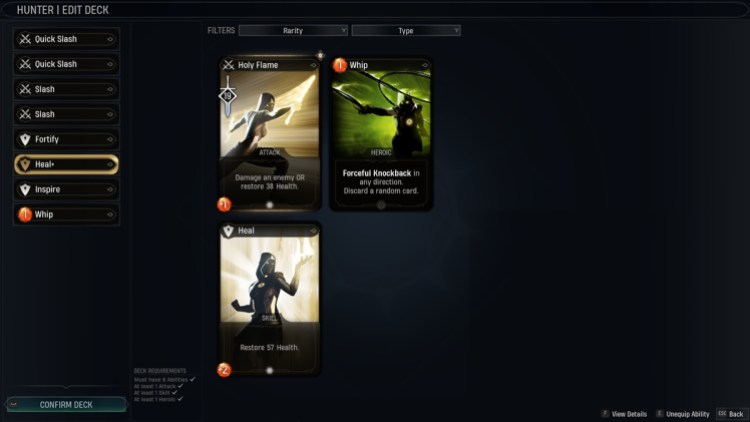 Now, once you enter combat in Marvel’s Midnight Suns, that’s when you’ll be able to try the card system in full, along with the relevant actions. Up to six cards are drawn randomly depending on the decks of all characters in your active squad. 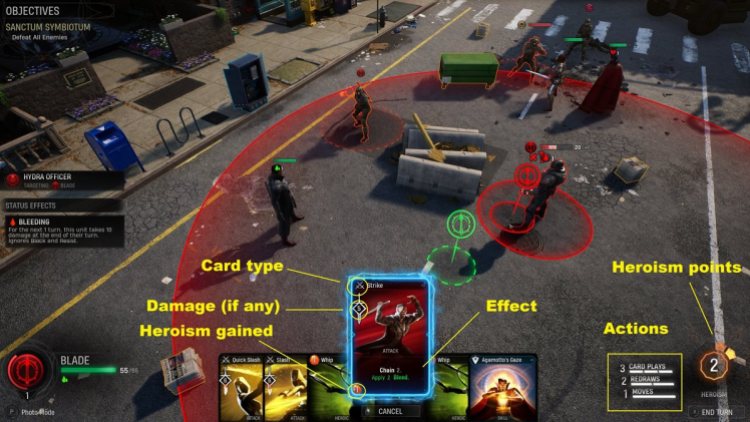 As you continue using Attack and Skill cards, you’ll gain more Heroism points (seen in the lower-right corner of the screen). These allow you to use special moves: 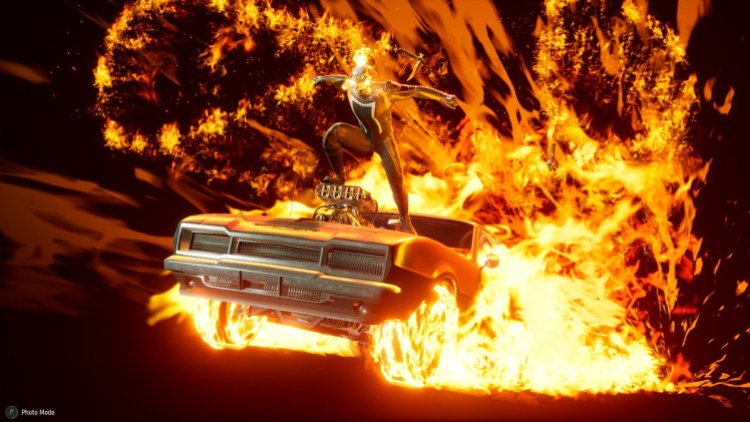 The most important factor to consider regarding the combat and card system in Marvel’s Midnight Suns is how you’ll manage your Card Plays. By default, you’ll only have three at the start of your turn, and these points will quickly run out if you choose the wrong actions. Still, there are a couple of nifty ways to refresh this function:

Note: If you have abilities with the “Quick” and “Knockback” perks, you can use these to smack grunt/fodder enemies (i.e., those that die in one hit). You can either push a grunt toward another opponent or obstacle, or push someone else into them. Since they’re KO’d in a single blow, you’ll get an easy Card Plays refresh. 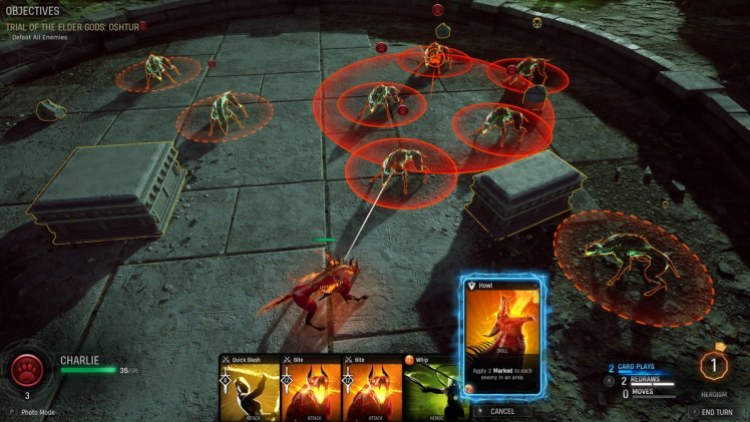 Moreover, the card system in Marvel’s Midnight Suns allows you to upgrade your abilities. You’ll need the following:

In any case, we’ll discuss how to acquire more cards in the next part of our guide series. 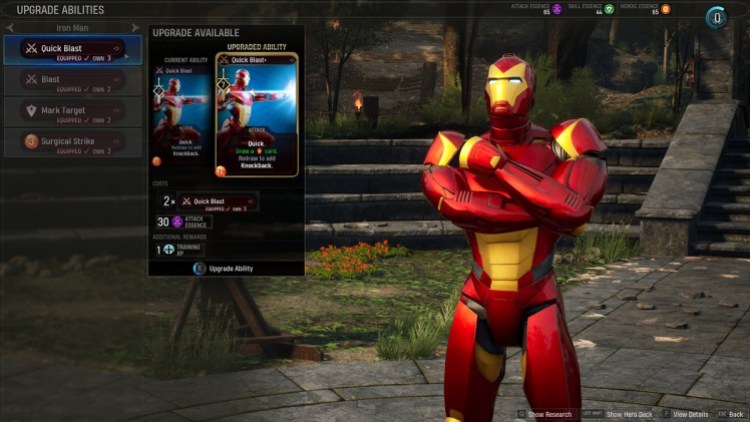 By Keren Philosophales2 days ago
Features

Overwatch 2: How to Counter Mei

How to get the Premium Sushi Set in Yakuza: Like A Dragon

Pokémon Scarlet and Violet: How to get Curry Powder

By Jason Venter2 days ago
Guides