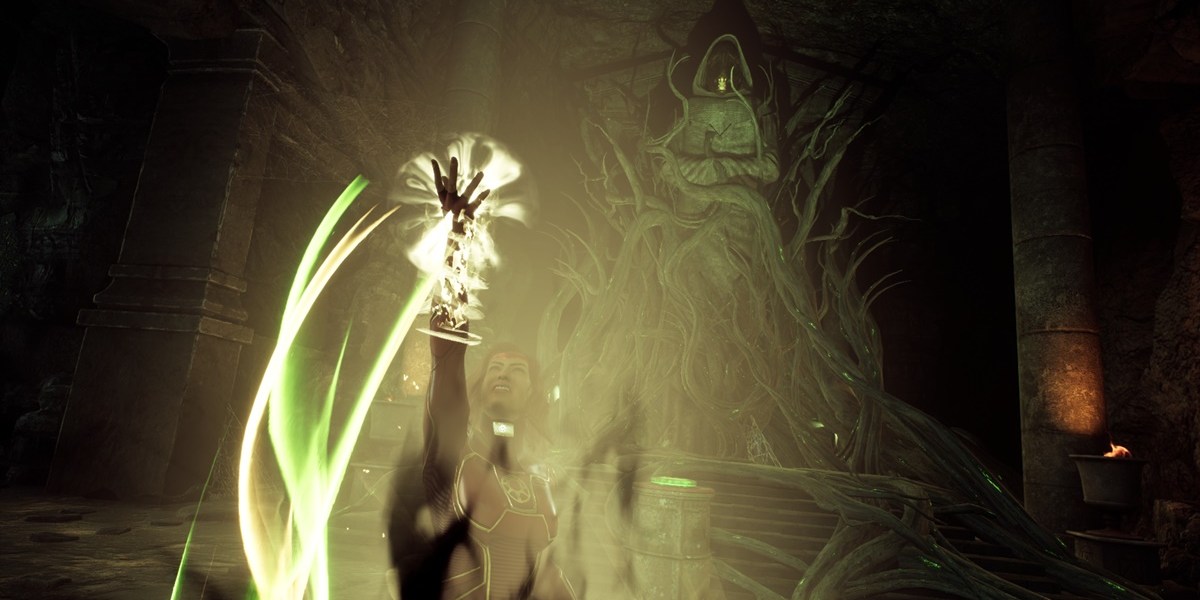 The Words of Power in Marvel’s Midnight Suns are all part of a narrative arc in the Abbey Grounds, namely the backstory of Agatha Harkness, Caretaker, and Lilith. They’re also tied to the Moon Seals that you obtain. With these, you’ll need to complete trials/challenge encounters, whereupon the object has to be placed on a plinth. Doing so unlocks each Word of Power, subsequently giving you the means that will let you explore new areas.

Below, you’ll see the location of each Blood Gate trial encounter, as well as the Word of Power that gets unlocked. We also add some tidbits on what you need to do to get the Moon Seals, though we have more details linked in separate guides. 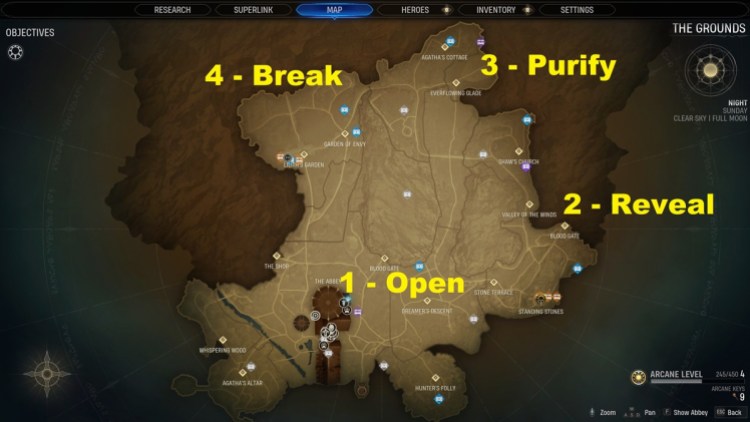 Word of Power #1: Open and the Tutorial Challenge

The first Word of Power in Marvel’s Midnight Suns is obtained early in the game. While exploring the Abbey Grounds, you’ll come across a statue of Agatha Harkness. Her spirit will materialize, and she’ll lead you to a Blood Gate. Think of this as a tutorial, since the only characters you control are the Hunter and Charlie the Dog. The goals are simple:

The Hunter’s cards are based on what you have in your deck. As for Charlie, she has the following abilities:

The idea is to pop Howl on your first turn to debuff as many enemies as possible. Then, use Charlie’s Bite attack to draw additional cards, or use the Hunter’s own moves.

In any case, finishing this encounter lets you explore the cave. You’ll find the Moon Seal there, which you can place on a plinth to receive the Open Word of Power. It removes illusory walls and doors that block your path. 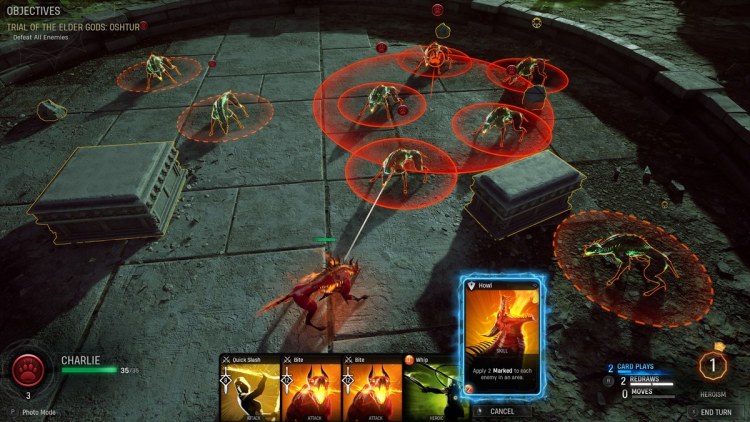 With your new spell, you’ll be able to enter the area that leads to Agatha’s Altar (which pops up as an objective). There, you’ll have to collect the four Elemental Rods. After getting all of them, you’ll receive the second Moon Seal. You’ll have to head to another Blood Gate where a challenge awaits. The key difference this time is that you’ll battle ogre-type mobs that aggro the last character that attacked them.

Once you’ve cleared the encounter, place the Moon Seal on the plinth to receive the Reveal Word of Power. This shows you the true nature of your surroundings, such as causing bridges to get repaired or making quest items spawn. The Reveal Word of Power will let you explore further north. You’ll reach a spooky area, with a key objective in the Hiram Shaw Church. There are a lot of objectives here, so you can check our Hiram Church Puzzle/Stained Soil guide if you need help.

Once you have the Moon Seal, prepare for another trial. The new enemies here are able to split themselves up, as well as other mobs. Because you need to kill a certain number of enemies to succeed, you’ll actually want to ensure that some of them can create their own copies. Taking out their duplicates will also add to your tally.

Anyway, once you’ve beaten your foes, you can obtain the Purify Word of Power from the Altar. It removes large vines that act as obstacles. 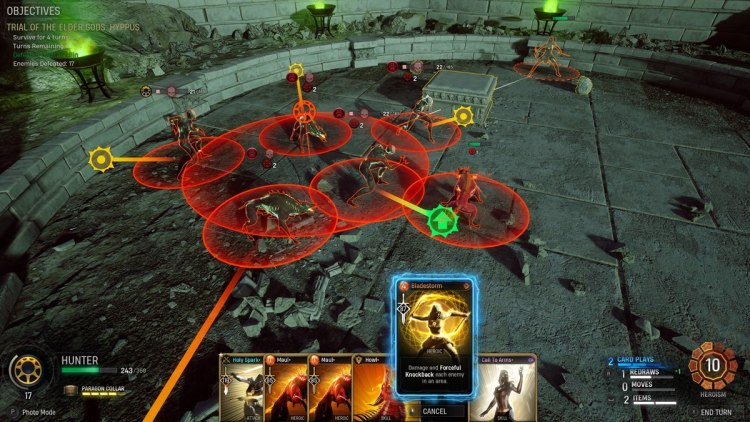 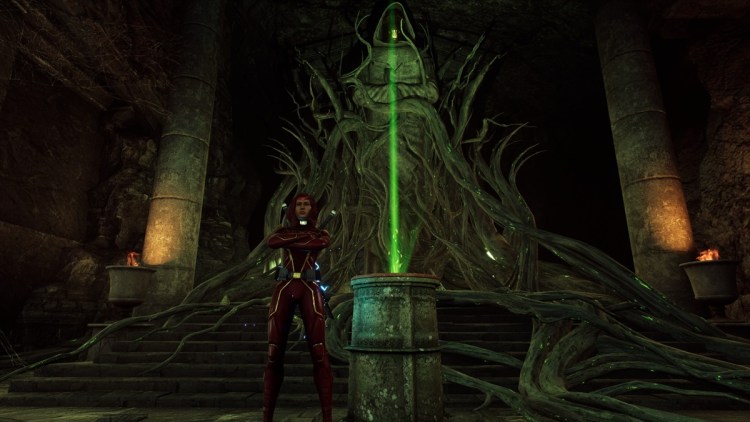 As you reach the northwestern section of the map, you’ll discover the Garden of Envy and Lilith’s Garden. Here, you’ll have to acquire the three Moon Seal Fragments. For the trial, you’ll notice unique soulbound enemies.

You must kill all soulbound enemies on the same turn. If you fail to do so, they’d revive at full health. As such, the idea is to whittle down their HP without actually killing them. The only time you should take them out is when you’ve got a decent nuke (i.e., if you have the Hunter’s Bladestorm). With this part done, you’ll be able to grab the Break spell, the last Word of Power in Marvel’s Midnight Suns. This lets you destroy damaged walls and cracked rock formations. There’s one in Lilith’s Garden, which gives you access to the basement.

Down below, you’ll have a chat with Caretaker about the true nature of Lilith’s corruption. Moreover, you’ll receive some nifty rewards: Marvel’s Midnight Suns: Best heroes — Which hero is right for you

By Keren Philosophales5 hours ago
Features

Overwatch 2: How to Counter Mei

How to get the Premium Sushi Set in Yakuza: Like A Dragon

By Chirag Pattni8 hours ago
Guides

Pokémon Scarlet and Violet: How to get Curry Powder

By Jason Venter22 hours ago
Guides