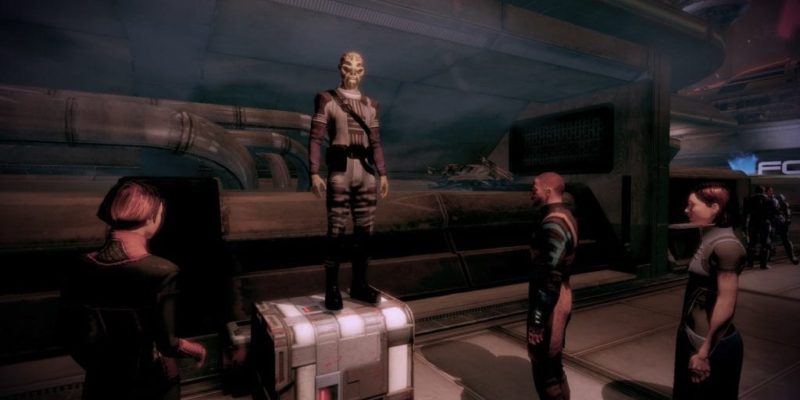 A new Nexus Mod created by LordEmil1 for Mass Effect 2 will allow PC gamers to hop around the solar system in first-person. The mod only affects the game while the player is in exploration mode and in conversation with other characters, so no changes to any of the gunplay have been made. An update to this mod looks likely to be coming, and will allow for sections of combat to have a first-person perspective; LordEmil1 is currently working on it and trying to resolve “issues with the camera clipping with Shepard’s body and head.”

Those interested in trying out the mod simply need to download the files from NexusMod and drop them into their Steam Mass Effect 2 directory. For now, the mod will not be compatable with other changes that affect the directory’s SFXGame.pcc file, so double check that you don’t have anything such as the ME2Controller mod installed if you are going to try it.

Check out the video below to see the mod in use while exploring around Omega in first-person. There is also a demo of the mod on the Normandy, as well as one set on the Citadel. All three of these areas look fantastic with the new perspective!

Mass Effect 2 is considered by many to be the best entry in the series. It expands upon the first game’s unique fusion of futuristic sci-fy, third-person shooting, and RPG elements by giving relationships between characters more meaning and the action a much faster pace. Replaying the game in a first-person perspective will give character interactions far more intimacy, and the faster paced action will pair nicely with a future expansion to this mod.

Are you ready to revisit Mass Effect 2 in first person? Have you already started to download the mod? Leave us you thoughts in the comments below.