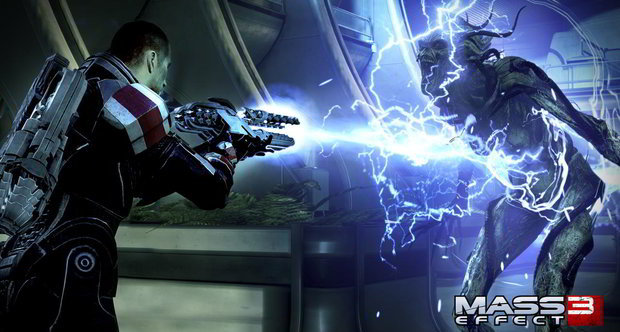 If you’d somehow been feeling a little short of weapons in Mass Effect 3’s single player mode, then today’s release of a ‘Firefight’ DLC pack for the game should give you one or two more options. Seven options, now that I come to think about it. For $2 USD (160 MS Points) these instruments of virtual murder can be yours.

But what are these seven weapons? In short, they are the Indra and Krysae sniper rifles, Reegar Carbine, Harrier battle rifle, Geth SMG, Blood Pack Punisher SMG and an Adas Anti-Synthetic rifle. These guns had previously been available in the multiplayer version of the game, but not in single player. You’re paying for the privilege of moving them over to the solo portion of the game.

BioWare is still working on the ‘Leviathan’ single player story expansion, which is said to be due in summer. Remember though, that ‘summer’ officially lasts until about mid-September.