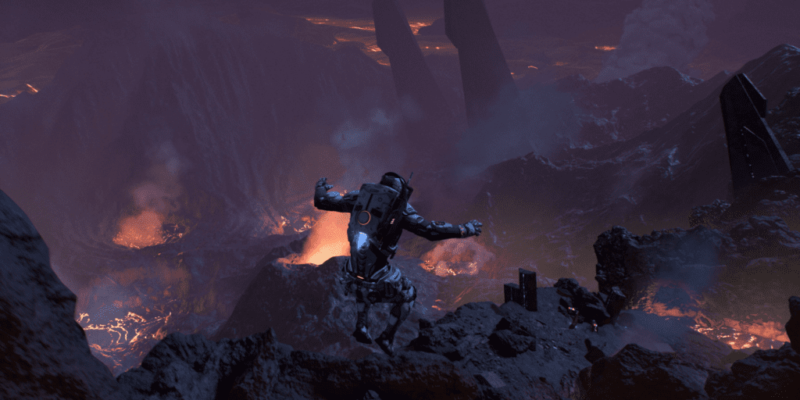 Last night’s Nvidia CES stream had a distinct lack of 1080ti announcements, but it did feature a little bit more gameplay from Mass Effect: Andromeda. About two minutes in all, mostly showing some more fighting on a planetary surface.

If you keep the pause button handy, you can also take a look at a few of the skill/levelling menus. Seems like the traditional Mass Effect classes (Engineer, Vanguard etc) are now ‘profiles’ that can be unlocked and (ultimately) swapped between in order to gain various boosts. Engineer, for example, gives 20% bonuses to ‘Tech Construct’ activities.

It seems that in Mass Effect: Andromeda, upgrading abilities will unlock (and enhance) profiles. There’s a point in the video where, briefly, you see that upgrading the Flamethrower skill boosts the Engineer profile to level four.

So, while it’s not exactly all clear, it appears as if Andromeda puts focus on levelling up specific, preferred skills, which in turn unlock (and boost) the profiles. If you pick and upgrade a bunch of tech-type skills, your Engineer profile will improve too. Again, this is all inferred from the menus in the video, so may not be the full story. 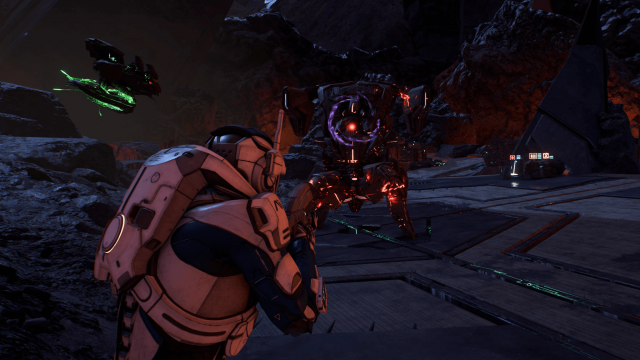 By Robert Workman23 mins ago
News