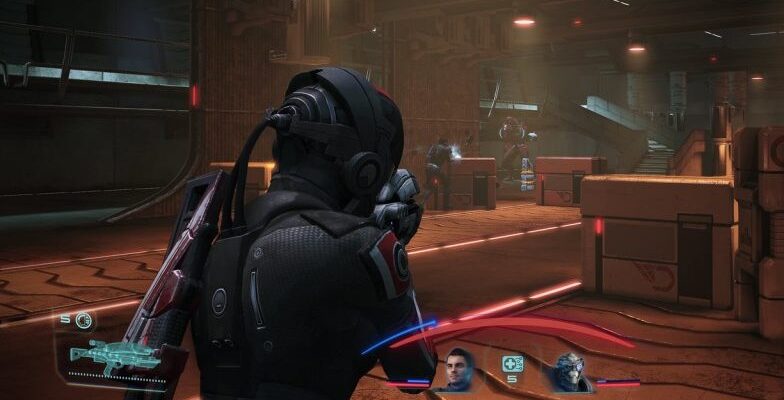 Game Pass is getting another set of new games to play, once again impressing me despite the fact that I probably won’t touch most of them. (That’s just how it is with subscription services, people.) Mass Effect Legendary Edition and Embr are two games out of eight that are joining PC Game Pass this month, opening the door for some of the older games in the service to leave.

The Mass Effect Legendary Edition is arriving on Game Pass as a part of the service’s EA Play deal. EA Play allows you to select games from a library of beloved Electronic Arts titles, including The Sims and Battlefield. The legendary edition will come with the base game, single-player content, and the 40+ DLC from the Mass Effect franchise. This includes “promo weapons, armors, and packs — remastered and optimized for 4K HD.”

Other noteworthy games coming to the Game Pass are Embr and Outer Wilds. Embr is a co-op firefighting game where you’ll take on daily challenges to extinguish flames, rescue people, and climb the firefighting world. Outer Wilds allows you to “explore for the sake of your curiosity,” as you venture throughout a solar system filled with tons of secrets and mystery.

The other games available this month are Spelunky 2, The Anacrusis, The Pedestrian, Olija, and Gorogoa. Mass Effect Legendary Edition, Embr, Spelunky 2, and The Anacrusis will be playable at a later date, while the rest of the games are playable today. Game Pass is also handing out perks for games like Apex Legends and Phantasy Star Online 2 New Genesis.

Finally, Desperados III, Ghost of a Tale, Kingdom Hearts III, Mount & Blade: Warband, Pandemic, and Yiik: A Postmodern RPG are leaving Game Pass on January 15. You can save 20% when buying these games using the member discount if you haven’t had the chance to play them, or you can hurry and finish up the games today. 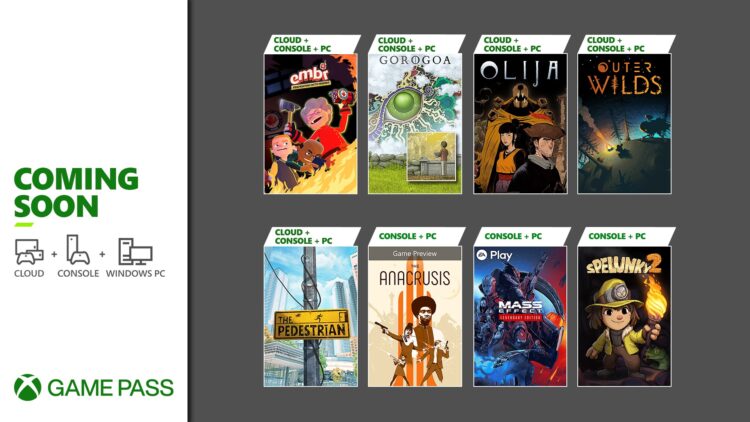