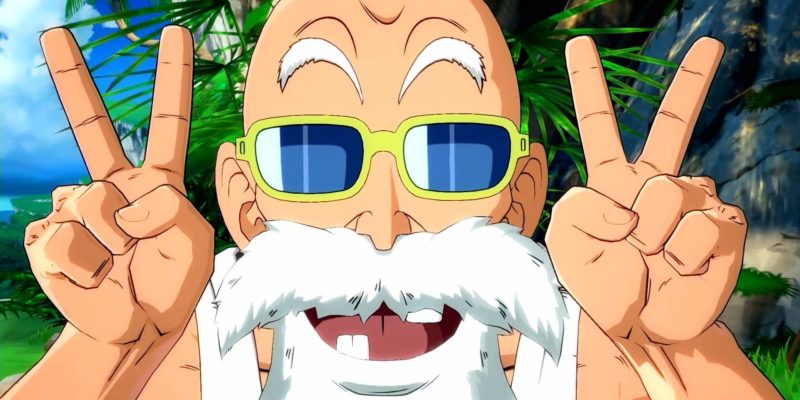 Last week the latest episode of the Dragon Ball FighterZ Show revealed details on this year’s National Championship. But more important than that, the next DLC character for Season 3 was finally revealed, and it was none other than the Turtle Hermit himself, Master Roshi. Roshi has been one of the most requested characters since the beginning of the game, and many are happy to see him finally included.

What many may not be so happy about are some leaks that recently hit the web. As is the case with every Dragon Ball FighterZ character since the beginning, Master Roshi V Jump scans have begun circling the web with details about his gameplay. The biggest detail in these scans is that Master Roshi will NOT be able to super dash.

Super dashing is a core mechanic in Dragon Ball FighterZ, and the only other character to have a core mechanic significantly removed and reworked has been Videl. If you know anything about the game’s competitive scene that should tell you a lot as Videl is considered one of, if not the, worst characters in the game. Without a standard reflect and only a dodge move, Videl is susceptible to levels of pressure other characters can simply ignore.

No super dash? No problem!

This may be the opposite case with Roshi, as without a super dash he may have trouble getting in. With Dragon Ball FighterZ being such an offense heavy game, this could be a death sentence for the character before he is even released. This does make sense canonically however, as Roshi is one of the few characters in the show that is unable to fly. It appears that Roshi will have some kind of jumping/leaping maneuver though, possibly tied to the S button, which is typically reserved for ki blast attacks.

Other news from the Master Roshi V Jump scans is that he will have several moves lifted straight from the show. The Thunder Shock Surprise, first used under the guise of Jackie Chun during the original Dragon Ball, is a long-range attack that will be unblockable by opponents in the air. He will also have the Sleepy Boy Technique which was also used in the original Dragon Ball as well as more recently in Dragon Ball Super. This will be a command throw that will cost one meter that can stagger a guarding opponent.

One of his level one supers will use a cane strike that players can expend more meter (similar to Bardock’s level one super) to end with a Kamehameha. His second level one, which we saw in the trailer, is the Evil Containment Wave, or Mafuba. This move will have a secondary effect of preventing the opponent from tagging in the character stuck in the jar for a set amount of time. 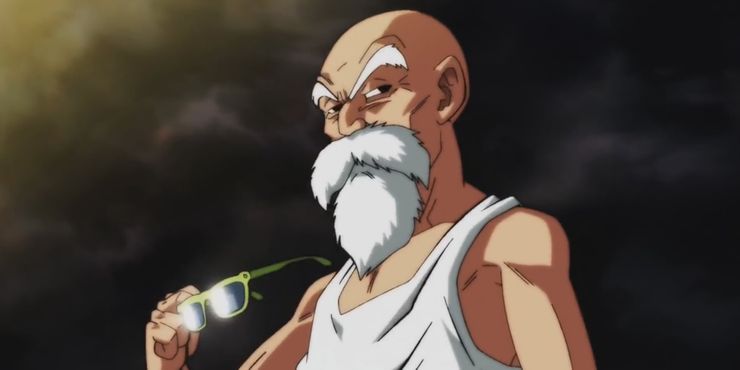 How long they will be stuck we don’t know yet, as well as what would happen if the opponent’s team is all KO’d outside of the Mafuba’d character. It would be interesting if that was an automatic win for the Roshi player, but I doubt that will be the case. Roshi’s level three will see him bulk up to his classic muscle-bound form to fire off a giant Kamehameha. It is unclear if Roshi will stay in this changed form similar to DBS Broly, but I certainly hope so.

Roshi seems to make up for his lack of a super dash with a variety of wacky and wild abilities to throw the opponent off guard and keep them from tagging or even blocking. Hopefully, Roshi doesn’t end up like Videl, as it would be terrible to see such a beloved character not be good. The next Dragon Ball FighterZ  Show will air in September with a full gameplay showcase for Roshi. Master Roshi will also be available to download in September as well, but we don’t know when exactly yet.