Max Payne 3 is a game that thrives on an odd combination. On the one hand you’ve got the protagonist, Max Payne himself, a man that relies on over-the-counter medication and alcohol as both tormentor and guardian, a man without focus and one heading rapidly to an early grave.

On the other hand you’ve got the style. Narration during gameplay sequences, an elegant and memorable approach to cut-scenes and no-holds-barred action that means jumping through a window and down two flights of stairs in slow-mo (while scoring four or five headshots on the way) is almost as common as reloading.

It’s depressive themes meets chic aggression, then. It sounds like it shouldn’t work, but it does. The way Rockstar has compounded the individual elements means that Max Payne 3 is one of the most memorable third-person shooters of this generation, and one that (finally) brings narrative and character front and centre.

Being careful not to ruin the plot for you, this a story about politics, wealth, social upheaval, personal demons, betrayal and revenge. Characters, most notably Max himself, follow a movie-like progression arc resulting from their actions and those of the people around him. The way events unfold also means we, as the audience, take different views of the same characters as we learn more about them and their motivations.

Yes, this is a game about killing and looking good doing it but, equally, it’s a game with a story to tell. If you skip/ignore the story and concentrate simply on the guns, you’re missing a huge part of what’s worth celebrating.
Story and character are, as usual, joined by location. One of the biggest fears of fans was that taking the action out of the dirty confines of the New York City depicted in previous games would change the atmosphere and lessen the appeal.

The majority of Max Payne 3 takes place in Sao Paulo, Brazil, a city of startling diversity and one the design team have clearly had fun embracing. Visual approaches to the majority of chapters reeks of obsessive compulsive disorder, with aesthetics changing wholesale as the plot moves you from one set to another. An early mission takes place in and around a raucous, exclusive night club that wouldn’t look out of place in the height of Miami’s 1980’s drug binge. Others are set in the dirty, ramshackle and mazelike unplanned favela’s; a set of chapters that take on extra significance following scenes in which you’re looking down on the shanty town from the comfort of a luxury high-rise.

And that’s not the half of it. By the time the credits roll, you’ll have fought through office buildings, on fancy yachts, around bus stations, in graveyards and more. The dark, murky streets of New York City do make an appearance in the form of flashbacks that explain how Max ended up in Brazil in the first place and provide a valuable visual juxtaposition as well as a means of adding further depth to the plot lines.
Those plot lines unfold at a constant pace during and between gameplay. Cut-scenes blend seamlessly into action, to the point where it’s sometimes difficult to instantly recognise where a cinematic ends and your control over Max begins (deaths have resulted from the confusion).

Again, this makes Max Payne 3 feel filmic. Other third-person shooters see you walking from one side of a building to the other as you search for the next shootout, in Max Payne 3 almost every one of those moments is replaced by a short and impactful cut-scene. When the action hits, you’re back in the driving seat. The formula provides a frantic and unyielding pace that is at first a struggle to keep up with, but soon becomes a pleasure to lose yourself within.

It may seem odd that this review has run over 600 words without properly exploring the gameplay, but without proper framing and context, there’s no way to do so. Style and narration provides the backdrop within which Max Payne 3’s gameplay exists and thrives, to forget that is to lose sight of this game’s appeal.

If the presentation is unyielding, the gameplay is a smack in the face from a gloveless heavyweight. Forget truckload, enemies come by the tanker load. By the time the curtain closed on our first playthrough of the story, we’d racked up 1,832 kills, fired over 20,000 rounds and shot holes through 584 heads. You’re a pacifist, you say? Avoid, we say.

To help you along your path to nasty exit wounds and the screams of men, Max’s trademark slow-motion effects are out in full bloody bloom. Bullet Time is built up quickly and easily during combat, allowing you to alter the speed of time in your favour and give yourself the chance of scoring a headshot with every round of your six-shooter. The mechanic is integral to the design, with some situations posing too difficult a challenge for you to realistically survive without employing Bullet Time.

If you think that sounds as though that would make things too easy, you’re missing the point. Remember, Max Payne 3 is about looking good as much it is about actually ‘playing good’, so don’t pass over the chance to be flamboyant just to preserve a self-imposed difficultly curve.

Accompanying Bullet Time is Shoot Dodge, which slows down time as Max launches himself into the air. More limited in its duration than Bullet Time, Shoot Dodge is where the real flair comes out to play. Throw yourself in slow-motion backwards down a stairwell, jump sideways off buildings and blow up a gas canister on the way (sending body parts flying), take out incoming RPGs from ten feet off the ground, run straight towards a wall of guys before catapulting yourself towards them and ending each of their existences before you land. All that and more is possible with Shoot Dodge.

In other words, Neo ain’t got shit on Max.

Despite all that, it’s not an easy game and, because of the way you’re encouraged to tackle situations with elegance rather than realism, you will take a lot of damage. Unlike the majority of its third-person peers, Max Payne 3 foregoes the regenerative health system in place of medikits (in this case painkillers) that require some minor searching and gathering.

In a bid to keep the action flowing, if you’re killed while in possession of a painkiller you automatically enter ‘Last Man Standing’ and provided with a slow-motion chance to kill the enemy that last shot you. If you don’t kill him for whatever reason (poor aim, no ammo) then you die, kill him and you live at the cost of a painkiller. It comes in handy because, with all the action exploding around you, keeping an eye on your health is not always high on the priority list.
Multiplayer is hugely satisfying, too. Thankfully, Rockstar has managed to find a way of incorporating Bullet Time that doesn’t break the experience; meaning many of the skills you’ve learnt in single player are transferable. All the usual bells and whistles of customisable loadouts and avatars, unlockables, ranking up and individual accolades are included. As are a number of interesting perks that provide increased fire rates, the ability to confuse the opposition by removing the ability to tell one team from another and, of course, the trademark Bullet Time itself.

The primary mode, Gang Wars, takes place over several team-based rounds and includes a loosely woven narrative that links each encounter. Once you get to the final match, the team that has performed best in the lead up starts with a points advantage meaning it’s possible to play the hero card and recover from a series of heavy defeats at the death.

I suppose Uncharted 3 is the major competitor when it comes to this specific type of third-person multiplayer shooter. And, yes, Max’s multiplayer is better than that. Single player arcade score attacks modes further add to the longevity of the title, meaning there’s little chance of getting bored too soon.

Still, it’s not perfect. Prior to installing the game on Xbox 360, there were issues with texture loading, audio/video de-syncing during cut-scenes and some all-out freezes. To be fair, after the install these problems disappeared. And, yes, we tested the problems on multiple 360’s. Last Man Standing also breaks down when you’re shot from an unknown source and you don’t have enough time to identify the target, although perhaps that’s the point.
However, don’t let a few small issues put you off. Rockstar did not get to where they are now by serving up linear games, but that’s clearly not due to a lack of skill in the area. Max Payne 3 is pure, extravagant, unadulterated action with a thick cloak of character and plot.

Enjoy the story and I’ll see you online. Watch out for me, I like to play as afro-laden girls equipped with nightmarish gasmasks. Some call it a fetish, I call it style.

Blizzard will not attend E3, but will be at GamesCom

By Steven Wong7 hours ago
Hardware

Angelic tidings: Max Payne 3's 'Made in Heaven' DLC due this month

Max Payne 3 wants to give you some Painful Memories 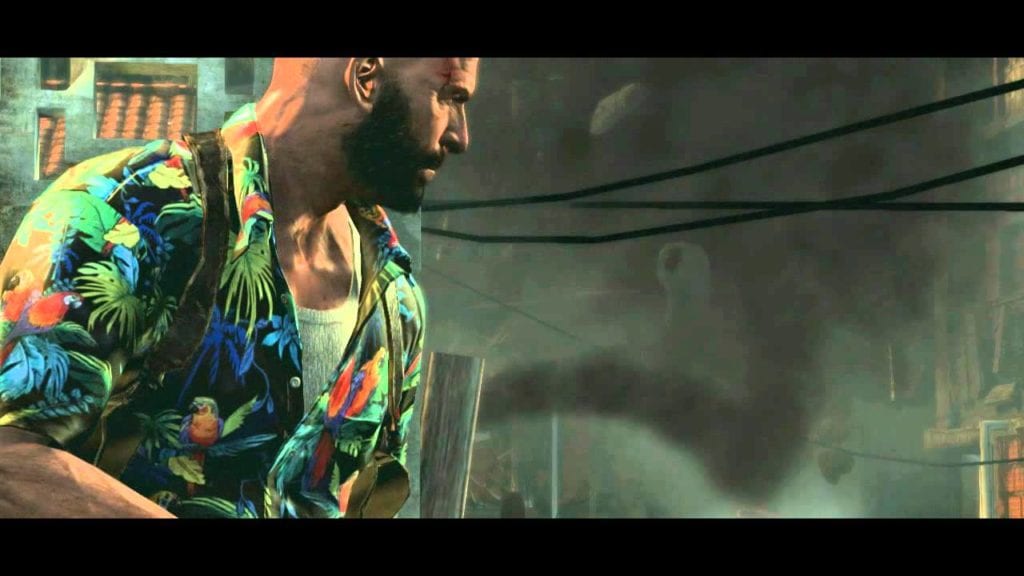