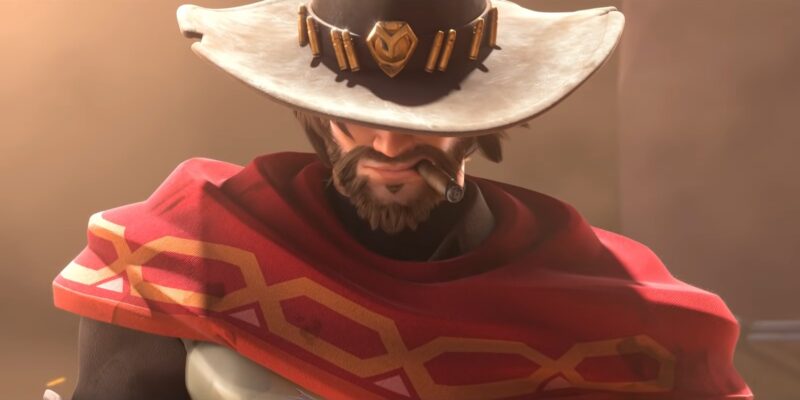 The Overwatch team confirmed in a message today that McCree, the cowboy hero from the game, is getting a name change. This announcement comes two weeks after Activision Blizzard confirmed McCree’s namesake, Jesse McCree, was fired alongside the director of Diablo IV. His departure followed the explosive harassment and discrimination lawsuit against the company.

Jesse McCree’s ousting during the lawsuit threw a wrench in the Overwatch team’s plans. In a message to the community, Blizzard was gearing up for a “narrative arc in September” with McCree as the focus. It would have included a story, as well as new game content. However, due to his namesake’s firing, those plans have been delayed until the cowboy gets a new name in an upcoming update. Blizzard didn’t say when that update would arrive, but will instead release a new FFA map in September to fill the void. The Overwatch team also wrote that it will no longer name characters after employees.

“This will help reinforce that we’re building a fictional universe that is unmistakably different from the real world and better illustrates that the creation of Overwatch is truly a team effort,” the team explained. “Work on these updates is underway, and they are just a part of our ongoing commitment to honest reflection and making whatever changes are necessary to build a future worth fighting for. We know that actions speak louder than words, and we hope to show you our commitment to making Overwatch a better experience in-game and continue to make our team the best it can be.”

A message from the Overwatch team. pic.twitter.com/2W3AV7Pv6X

McCree was fired alongside Luis Barriga, the director of Diablo IV, and Jonathan LeCraft, a designer for World of Warcraft. In a report by Kotaku, both Barriga and McCree were identified in a photo that included them in the infamous “Cosby Suite.” The suite was apparently owned by then WoW creative director, Alex Afrasiabi. Following the lawsuit, Activision Blizzard CEO Bobby Kotick swore that the company would remove certain in-game content deemed “inappropriate.” Soon after, Wowhead reported that all references to Afrasiabi were getting scrubbed from the game. It felt like it was only a matter of time before the Overwatch hero, was next.

Activision Blizzard has been under the microscope following a lawsuit by the California Department of Fair Employment and Housing. It claimed that the company was promoting “frat boy” behavior, which included sexual harassment and more. Employees later staged a walkout, and Blizzard President J. Allard Brack departed the company.

By Sam Robins47 mins ago
Hardware