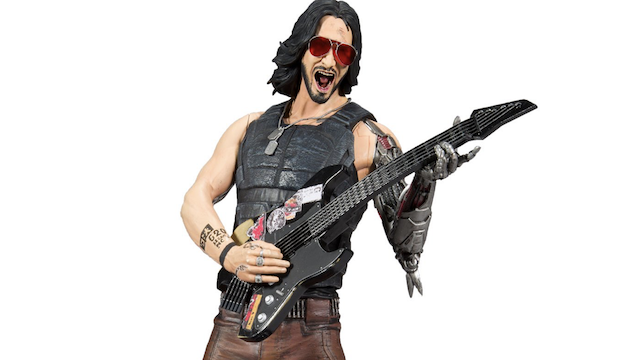 Wake up, samurai. It’s time to put some Keanu Reeves in your gaming collection. While we’re still over three months out from the release of Cyberpunk 2077, McFarlane Toys has just introduced something that might tide you over. The company is making special figurines based on Reeves’ character in the game, Johnny Silverhand.

Will you add Johnny Silverhand to your gaming shelf?

According to the company, there will be two different figures available. The first features a 7” Johnny Silverhand with a guitar, as well as a bottle of alcohol. This can be seen below, and, well, it definitely looks like Ted has grown up. 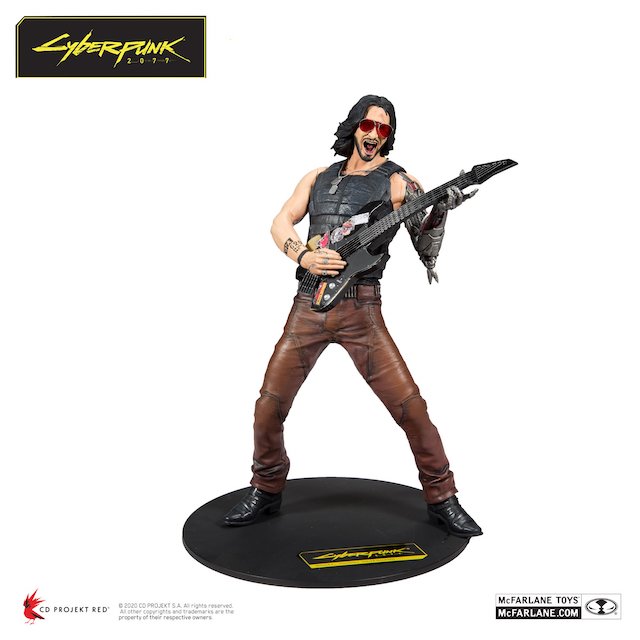 In addition, however, there’s also a special 12” figurine available, also featuring a guitar and a screaming appearance. So if the 7” isn’t big enough for you, hey, you can upgrade. Not only that, there’s a variant figure available with a nuke in a duffel bag (according to the description) as well as a gun. You know, for those that want to take the character a little more seriously.

Finally, for those of you who aren’t crazy about Keanu Reeves, there is also a 7” figure based on the lead character, Male V. He’s carrying an SMG, a pistol, and a pink katana. You can see what he looks like below. 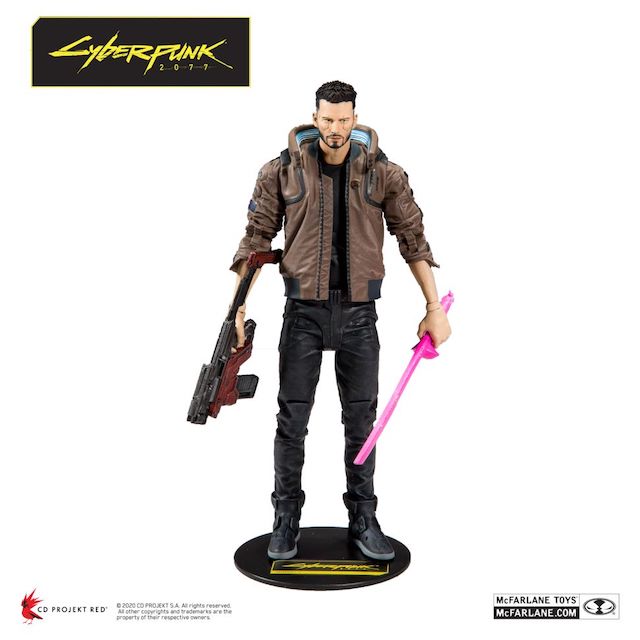 The figures are a collaboration between McFarlane Toys and the Cyberpunk 2077 devs at CD Projekt Red. They currently don’t have an exact release date, but they should launch sometime this spring. More than likely, we’ll see them on shelves by the time the game arrives this April.

Pre-orders should go live soon on Walmart and GameStop. Once they do, you’ll want to make sure you’ve got the funds to bring Silverhand home. Because Keanu is waiting… and the last thing you should do is leave him waiting. Talk about needing to wake up…