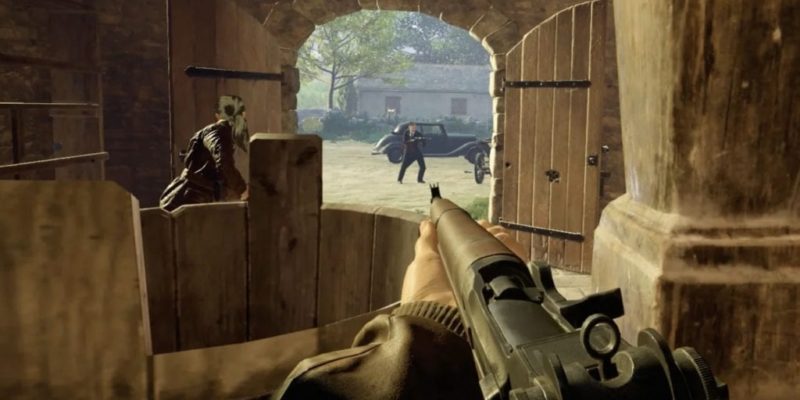 In a surprise move, EA and Respawn Entertainment have announced that they are teaming up with Oculus to create Medal of Honor: Above and Beyond. This new VR take on the once-proud military shooter franchise is set for release next summer and will take players on another tour of duty through World War II.

Medal of Honor: Above and Beyond shows promise

Announced during the “Oculus Connect 6” conference today, Medal of Honor: Above and Beyond will be a new VR-exclusive entry for Medal of Honor. The title is being built from the ground up by veteran developers from the series’s past and will task players with going behind enemy lines to aid the French Resistance against the Nazi threat. A single-player campaign is being touted for the game along with the promise of “unique multiplayer modes and features.” The game is currently slated for a release in summer 2020 for Oculus Rift.

Above and Beyond’s director, Peter Hirschmann, said, “It’s a great feeling to introduce Medal of Honor to a whole new generation of gamers on a new platform for the franchise. I’ve been fortunate to be a part of this franchise since the beginning, and putting this game on the Oculus Rift allows us to be more immersive than we’ve ever been before. If the game we’re making ignites people’s imaginations and illuminates the world, then we’ve accomplished what we’ve set out to do.”

A short trailer for Medal of Honor: Above and Beyond reveals that controls will mimic the actions a soldier would be performing on the battlefield. You’ll aim with your arms to fire your guns, bring the controllers close to your mouth to pull a grenade pin, and likely duck below walls to dodge incoming fire. It might be a little gimmicky, but this kind of thing can work well. My short demo with Sniper Elite VR showed me how immersive VR can make well-trod genres, so there’s some real promise here.