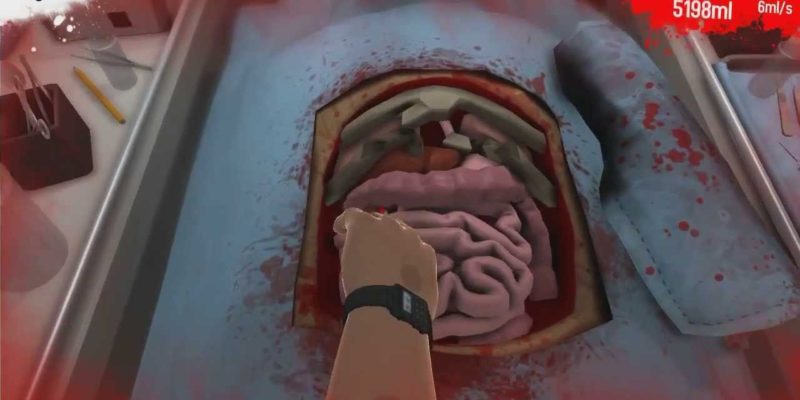 Prepare to take your surgery skills to a whole new, terrifying dimension. Bossa Studios has announced that Oculus Rift support will be coming soon to the thoroughly professional and accurate Surgeon Simulator 2013.

If you’re not familiar with the game, have a watch of the IncGamers Plays video below, in which my shadowy alter-ego Dr. Parrish attempts a double kidney transplant. If you do know what the title is like, then the prospect of adding Oculus Rift to the madness is probably boggling your (operated) brain. In addition to the Rift, Bossa says it’ll be adding Razor Hydra controller support too. So you’ll soon have all manner of ways to bungle your surgery.

Should you happen to be near Birmingham between 22-23 June, Surgeon Simulator 2013 will be playable at the Rezzed show in full Oculus Rift-o-vision. I have every expectation that the event organisers will be broadcasting all public play sessions to a big-screen over the event center. After all, how else will budding surgeons learn the tricks of the trade?