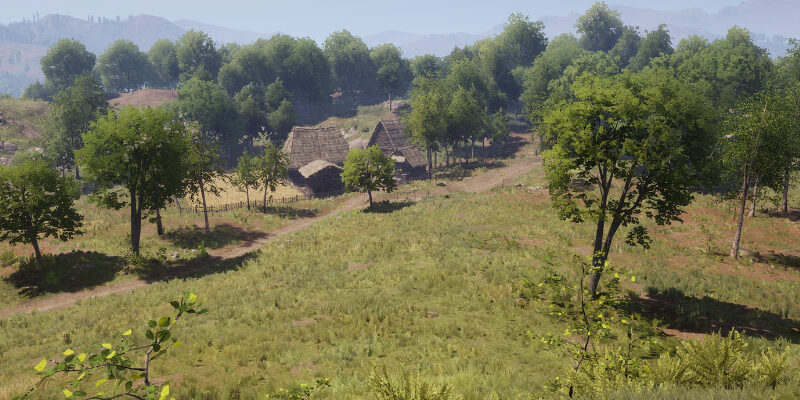 Survival games have become incredibly popular ever since the rise of Minecraft. But Minecraft is hardly a realistic survival game. So, some indie developers have attempted to create a more lifelike approach to the genre with games like Valheim. But even that has magic and mythology seeping through just about every piece of major content. However, developer Render Cube’s Medieval Dynasty is a take on the genre that is more grounded than anything else on the market.

This medieval RPG portrays a more realistic approach to European life during the Middle Ages. Instead of mythological creatures, the biggest conflict you’ll have to deal with is bandits and boars. Essential tasks for the period, like farming by hand and helping out the local community, take priority above all else. This is very much a true survival game that challenges the player to make the most of its historic setting.

The story follows Racimir, the nephew of Iordan, a popular adventurer. This young man is inexperienced and had hoped to learn the ways of life from his father. However, after hearing of his father’s death he decides to take matters into his own hands. By developing his skills and building up a community, Racimir will force the world to recognize his achievements.

I don’t think that the main story is overly important. Having mostly been added over the last year of development, the story is reasonably fleshed out. But nothing special by modern RPG standards. There is also very little voice acting, which can make it harder to care about individual characters. 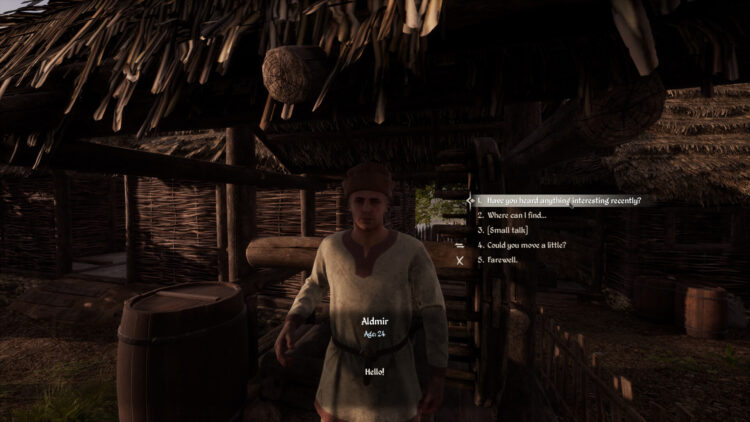 That’s not to say that Medieval Dynasty‘s story is a write-off. Even if the official narrative leaves a lot to be desired, I doubt that this game was aiming to deliver on that front anyway. The real story comes down to you, and how you progress. There are enough sandbox elements to make this format work. It doesn’t need some complex narrative to be fun to play, because Render Cube has provided the necessary tools to make your own story.

I didn’t go into Medieval Dynasty knowing exactly what to expect. A glance at its Steam page made me assume it was a medieval RPG with some crafting aspects mixed in. While this is all true, it’s not the complete picture. In reality, Medieval Dynasty is far more in-depth than any first impressions will give it credit.

The story and RPG aspects are important, but I’d argue that they are secondary to the game’s core mechanic: town building. The real end goal of Medieval Dynasty is to create your own town and community. Each building is made one by one as you start out as a tiny community and eventually build up a multi-city empire. 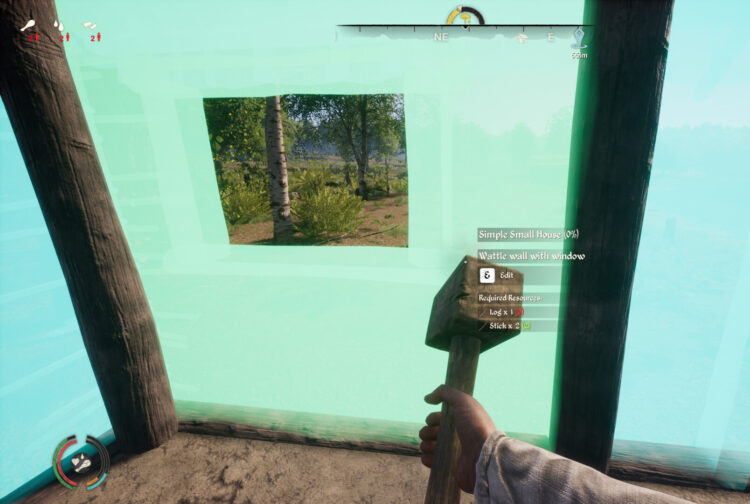 Every house and work building needs to be built by hand. You need to gather the respective resources required, either from the surrounding environments or purpose-built farms. Furthermore, NPCs to populate your town need to be found and invited. This requires exploration of the world, and encourages the player to go out of their way and travel.

Expanding isn’t just a mindless grind of gathering materials, either. There is a degree of macro-management required with every building, which increases the tax that needs to be paid to the kingdom. Over-expanding and not having the correct infrastructure can result in your whole town going bankrupt. It’s a fun challenge to maintain a town while also working towards completing the more conventional RPG quests that run on the side.

As expected of any well-made RPG, Medieval Dynasty offers many forms of progression. The story and side quests don’t purely exist to further the narrative. They also give various bonus rewards, including Dynasty Reputation and Build Technology.

Both of these values are required for expanding your settlement. Dynasty Reputation provides a hard cap on how many villagers can be recruited at one time. Without the necessary Dynasty Reputation, potential recruits will turn you down when approached. As for Build Technology, this is needed to develop and build more complex structures, weapons, and tools. 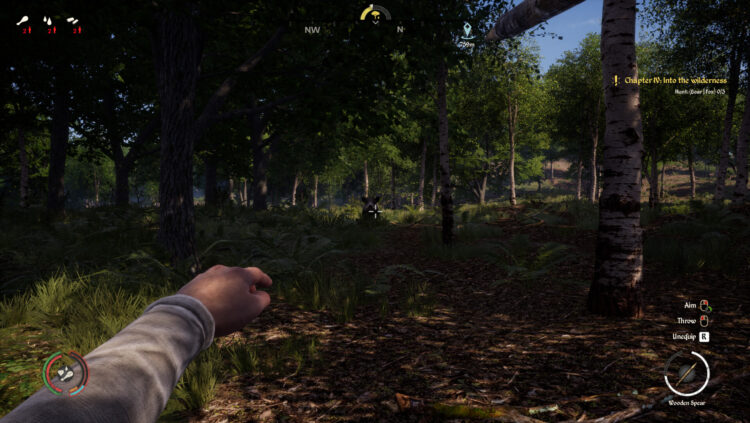 On both regular and higher difficulties, farming reputation and technology can take a while. However, you don’t have to tackle this grind if you prefer a faster and easier playthrough. Medieval Dynasty has some of the most flexible and well-implemented difficulty settings I’ve seen.

There are sliders for HP, damage, taxes, resource limits, and so much more. This adjustability is incredible for both player choice and accessibility. Those who seek a serious challenge can take on the hardest of sliders while those looking to relax are free to do so. If the industry needs a case study to base future difficulty design on, Medieval Dynasty might just be it.

Medieval Dynasty is a great-looking game that features beautiful environments and models. The European Middle Ages is a good choice of setting, as the large-scale natural landscapes provide plenty of opportunities for the game’s vibrant colors to flourish. Expect to see plenty of dense forests and vast green landscapes. 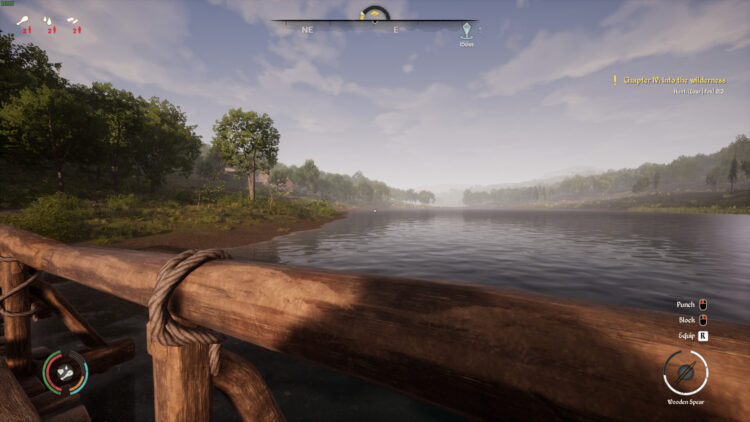 As impressive as the visuals can be, most PC gamers won’t have a machine capable of running Medieval Dynasty at these settings.

For the most part, performance is stable and satisfactory. An RTX 2060 can maintain over 60 fps at high settings, 1440p. In areas with a lot of NPCs such as large towns, moderate dips down to 40 fps can happen but these are infrequent. At ultra settings, Medieval Dynasty is truly gorgeous but demanding. Even at 1080p, ultra-settings a GPU in the realms of an RTX 2070 may be required to maintain decent frame rates.

Medieval Dynasty is a unique town construction simulator. Its blend of RPG design aspects with almost tycoon-esque city management helps it stand out in an oversaturated market. And thanks to its incredible accessibility options, just about anybody can enjoy this at the pace they desire.

I’d best describe it as Story of Seasons meets Skyrim. It has the community building and farming of the former, but still delivers a decent RPG adventure experience alongside that. It’s not as specialized or well executed as either, but having those features, plus the challenge of survival mixed in, helps Medieval Dynasty stand out from the crowd.

Medieval Dynasty is a survival RPG that manages to stand out in the oversaturated market that it occupies. By combining ideas from several other popular franchises, developer Render Cube has managed to create a genuinely unique product. Its story hardly stacks up against AAA RPGs like The Elder Scrolls but it's good enough given the game's many other strengths.