Mercy mains of Overwatch 2, it’s time to hide your character (actually, don’t). Blizzard has already temporarily deleted characters like Bastion and Torbjörn from Overwatch 2; Mei was the latest victim. Now, Mercy might be the next victim in the temporary character deletion spree. But that’s probably not as likely as a map getting patched. However, it was discovered through a Reddit post that Mercy could clip through a wall in a competitive map, allowing her to contest the point indefinitely.

As shown in this Reddit post by u/ilax300, Mercy is able to use her “sit emote” in a certain spot on the map Esperanca. This spot is in the corner following a bridge, covered by rocks and stones which cover her from most incoming damage. The video shows her chilling out looking relaxed as the point is indefinitely stalled by her shenanigans. She does take damage from a stray Moira orb, but it seems like most damage from bullets and other abilities do not affect her.

A wall clip might make Mercy the next Overwatch 2 victim

Speaking frankly, Mercy is a popular character that the likes of Bastion, Torbjörn, and Mei have never seen in terms of playability. Deleting Mercy from Overwatch 2 doesn’t seem like an option, except that’s how Blizzard has handled three other characters with game-breaking bugs. Redditors are sounding off in the comments, speculating how Blizzard will handle the situation. Blizzard may probably disable Esperanca from the map rotation and return it after rolling out a fix.

So far, there’s no word from Blizzard about this bug, so we’ll have to wait and see about how the company responds. Meanwhile, if you are playing Esperanca and find the point indefinitely stalled in a suspicious spot, refer back to this post. You’ll need a Moira and some good luck to get Mercy out and keep the robot chugging along. But honestly, if Esperanca is disabled, would anyone complain? 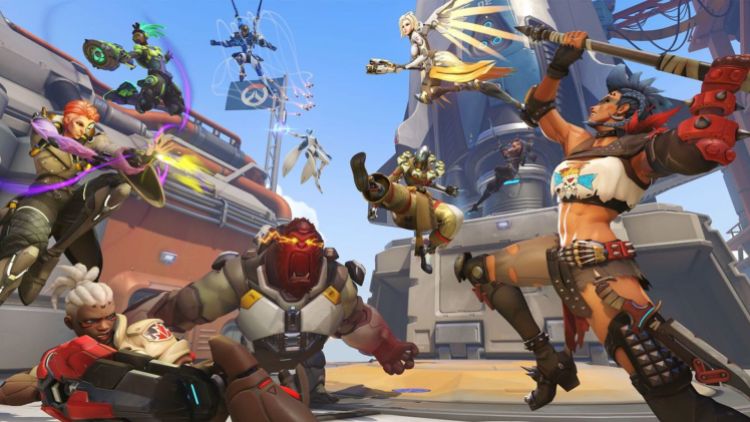